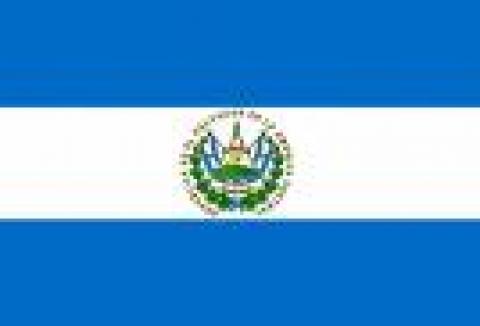 In recent months, violence in El Salvador has spiraled, with the daily death rate now higher than during the peak of the civil war. After the church-sponsored truce between the MS13 and Barrio 18 gangs in 2012, violent crime declined briefly while it grew in neighboring Guatemala and Honduras. Now, as murder rates consistently rise, El Salvador will replace Honduras as the most violent country in Latin America. The following piece was written by Sustainable Pathways to Peace and Security intern Nicholas Alexandrou and was published in the September-October 2015 issue of NewsNotes.

The government’s inability to respond remains an ongoing challenge as the left-leaning FMLN (Frente Farabundo Martí para la Liberación Nacional) and the right-leaning ARENA (Alianza Republicana Nacionalista), which emerged from the 1992 ceasefire as the most powerful political parties in El Salvador, blame each other for the violence.

The victory of current President Salvador Sanchez Ceren (FMLN), who won the March 2014 election by only a few thousand votes, continues to leave the country bitterly divided. Recent rhetoric has been anything but conciliatory, as the FLMN Secretary General Medardo Gonzalez expressed a desire for “open dialogue” with the ARENA while simultaneously accusing ARENA of being “behind destabilizing actions” during a radio broadcast.

The divisions are further complicated by ARENA’s stranglehold on the Supreme Court, according to Hilary Goodfriend in an August 8 post on The Nation’s website. The legacy of ARENA’s approximately 20 years in power after 1992 remains deeply entrenched under the current court, whose rulings have consistently antagonized the FMLN’s policy implementation. This included the freezing of US$900 million in government bonds approved by the Legislative Assembly to fund social and security programs.

The president’s own security proposal since taking office has emphasized a coordinated multilateral response between governmental and non-governmental agencies. In September 2014, the government created a forum, known as the “National Council on Citizen Security and Coexistence” (Consejo Nacional de Seguridad Ciudadana y Convivencia, CNSCC) which in January 2015 announced a security plan called “Secured El Salvador” (El Salvador Seguro). However, the plan provides no space or mechanism for negotiating with the gangs, which Sanchez Ceren emphasized during the legislative and municipal elections in March. He did note that there are churches, members of the CNSCC, that “negotiate with the gangs” but not with the gang leaders.

The CNSCC-sponsored plan calls for greater inter-institutional cooperation between security agencies, civil society (including church organizations), and all branches of the government. Implementing the plan would cost an estimated eight percent of total GDP; the financing ideally would derive from a combination of state, private, and foreign entities, including the Organization of American States, the U.S Agency for International Development (USAID), the United Nations, and the European Union. The upswing in violence, however, has displayed the limitations of the underfunded CNSCC plan. In a recent statement by the CNSCC on the latest violence and the bus strikes enforced by Barrio 18, the CNSCC expressed solidarity with the victims and only proposed a “deepening” of the plan. Mauricio Navas, one of the authors of the proposal and coordinator of the working groups that formed the CNSCC, has said that if the plan is not fully funded, it might have good intentions but will have no results.

Without the political capital to effectively respond to the violence, the government has recently reverted to mass arrests as casualties rise among security personnel. On August 12, the attorney general issued 300 arrest warrants for gang members suspected of “terrorist acts.” August 17 has now been registered as the most violent day of the year, with 42 officially registered murders; August 16 was the second most violent day, with 40 killed. On August 24, the Supreme Court legally designated all gangs as “terrorists,” allowing for the implementation of counter-terrorism law and providing no ground for any negotiation. (See related article here.)

The reversal to a form of the draconian policing tactics of mano dura (heavy hand), a policy legacy of ARENA, represents a major setback from the truce negotiations a few years ago. While the current administration faces grave challenges, reverting to mass arrests will only further antagonize tensions and produce additional violence. However, the political dimensions threaten to destabilize the country more so than the gang violence, especially as judicial and legislative institutions disrupt the basic functions of the state.