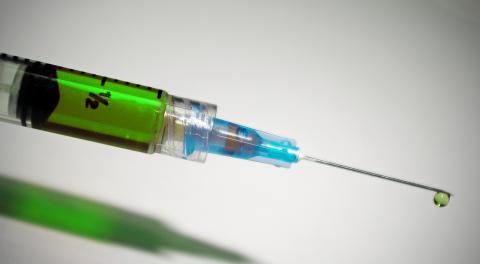 With cases rising in several regions around the world, the need for equitable global vaccine access is dire. This article was published in the May-June 2021 issue of NewsNotes.

COVID-19 cases and deaths in many countries are climbing rapidly as virus mutations increase and spread and safety measures are lifted by governments or ignored. Experts say the only way to reign in the evolving crisis is through a massive worldwide vaccination effort – but there are numerous roadblocks to its success.

Currently, the world’s poorest countries are not projected to have widespread access to the vaccines until perhaps 2023 or 2024. This is due to a variety of factors, but largely to extreme inequality in vaccine distribution. As of February, the 10 wealthiest countries had bought up about three quarters of the global vaccine supply. Some have bought enough to vaccinate their entire adult population three times over.

Meanwhile, some of the same countries that have struggled with vaccine access and distribution are seeing another devastating wave of COVID-19 cases and deaths. India’s early successful vaccine distribution has since regressed and the country is now overwhelmed with cases. In South America, a variant of the virus originally observed in Brazil is driving up cases across the continent.

Dr. Tedros Adhanom Ghebreyesus, director-general of the World Health Organization (WHO), wrote in  an April 22 Op-Ed for the New York Times about the factors driving this new wave of the crisis: “Here’s the thing about an inferno: If you hose only one part of it, the rest will keep burning.”

The solution, he says, “comes down to a simple choice: to share or not to share.” Global vaccine distribution is possible if wealthy countries commit to sharing the necessary information and financial help to distribute vaccines, he says.

The Maryknoll Office for Global Concerns has been working in conjunction with partner organizations to push for just and equitable vaccine access. On World Health Day, April 8, Chloe Noel, Faith Economy Ecology Project Coordinator, spoke on webinar about global vaccine access in which she explained the barriers to access and possible solutions for expanding it.

She explained that while production, distribution and vaccine hesitancy are major roadblocks, intellectual property rights remain an enormous barrier for developing countries’ access to vaccines. While the COVAX initiative of the WHO seeks to facilitate vaccine donations from wealthy countries to low-and middle- income countries, the supply from COVAX is not nearly enough.

In order to produce vaccines at the scale to reach herd immunity everywhere, more countries need to produce the vaccine. But they lack the patents for the vaccines, ingredients, technology and technological know-how to reproduce them. Patent rules at the World Trade Organization make this difficult. Currently, the only way to access the patents without legal consequences is for each country to seek a license for each individual patent.

Noel explained that this process would take too long and cost too many lives. That is why numerous actors and advocates, international leaders, Nobel Laureates, and Members of Congress have joined 100 WTO member and observer states, including the Holy See, to support India and South Africa’s proposal for a narrow, temporary waiver of intellectual property (IP) rights, known as a TRIPS waiver, for COVID-19 vaccines at the WTO.

On April 23, a group of U.S. Members of Congress and a coalition of U.S. civil society organizations, including MOGC, delivered a petition of over 2 million signatures to President Biden asking him to support the TRIPS waiver at the upcoming WTO meeting. The Biden administration has expressed its willingness to take bold steps to prioritize global vaccine access, but has not committed to reversing the Trump administration’s decision to block the waiver.

Proponents of maintaining the IP protections for COVID vaccines say they are necessary for incentivizing innovation and ensuring the quality of vaccine production and distribution. They claim the current IP barriers will not hinder the global vaccine rollout. But waiver proponents say it is the fastest and most effective way to guarantee global access and note that governments have already invested billions in research and development to produce them.

Dr. Ghebreyesus named the TRIPS waiver as one of a few possible avenues to increasing vaccine access through more equitable information sharing. “The solution is threefold,” he wrote. “We need the countries and companies that control the global supply to share financially, to share their doses with Covax immediately and to share their know-how to urgently and massively scale up the production and equitable distribution of vaccines.”

“In combination with proven public health measures, we have all the tools to tame this pandemic everywhere in a matter of months…,” he continued. “Whether or not we do is not a test of science, financial muscle or industrial prowess; it’s a test of character.