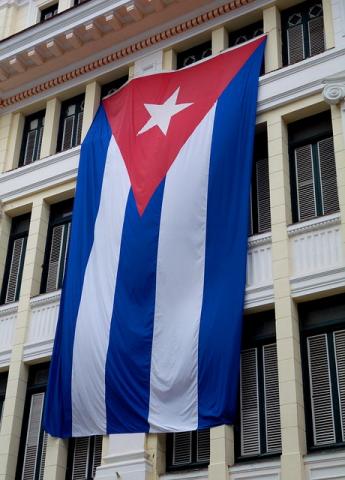 Fidel Castro, known as the father of the Cuban revolution, died November 25. Maryknoll Sister Ann Braudis, who visited Cuba in 2012, wrote the following reflection on the questions that hang over the future of Cuba. The following article was published in the January-February 2017 issue of NewsNotes.

The Cuban Revolution occurred in 1959 as I was making decisions about the direction of my adult life. I hoped that my choices would be as sacrificial and determined as the young Cuban men and women working to liberate their country from a corrupt government and oppressive military power that had enabled American businesses to exploit the land and the people of Cuba. My road eventually led to Maryknoll and, as a Maryknoll Missioner, to Cuba in 2012.

Prior to my visit to Cuba, I worked in Bolivia where I received excellent medical care from Cuban doctors whose training and philosophy were shaped by the Revolution. I also knew of the Revolution’s achievement of universal literacy in Cuba.  Later on I learned about Cuba’s experience with organic agriculture and ecological care.

In 2012, the Maryknoll Office for Global Concerns sent me to Cuba to learn about recent achievements and how to contribute to the conversation about ending the U.S. trade embargo with Cuba.

First, I found the achievements in health care and education to be true to their reputation. Protection of the environment, however, was not easily evident – certainly not in Havana, where air pollution goes unchecked – and not mentioned as a priority by any of the people with whom my companion and I spoke.

In contrast, we were able to see, although not actually visit, beautiful farm fields that we were told were organically cultivated. To our surprise, however, people expressed a preference for chemical agriculture, which was not available due to the U.S. embargo.

Second, the shock of firing squad executions during the early days of Castro’s government appeared to have a lingering and sobering effect on the population. The people we met also displayed a sense of weariness due to decades of waiting for more than the essentials for modern life – not only in the material sense but also in the soul-touching arenas of creativity, inspiration, and intellectual freedom.

Contrary to our expectations, we realized that the U.S. embargo had become the Cuban people’s justification for the Revolution’s failures beyond its initial promises regarding health and education. The general population seemed to lack a dynamism or passion within, even as people spoke in positive terms of the Revolution and its achievements.

There were other aspects of modern life under Castro’s rule that seemed to generate personal internal conflict or disregard for established values – namely, the thriving black market for scarce goods, which included food staples such as eggs and butter, and the growing tourist industry for precious U.S. dollars. There existed a sharp division between what was readily available to tourists and what was available to the Cuban population. These conditions were linked to the end of thirty years of imports from the Soviet Union when it collapsed in 1991 and to the embargo.

Many of the people we talked with referred to a strong sense of national identity and unwavering resistance to the U.S. as their nation’s major accomplishments. However, we could not ignore that Cuba continues to be a military state. Dissent is not allowed, except under very particular conditions. Access to the outside world is still limited.

While there were new opportunities for economic development, the pace of change was extremely slow and controlled. More than five decades is too long to wait for social, political, and economic.

Also, the socialist value of equality had been applied without regard for talent and gifts. While it is meant to safeguard basic needs and rights, it does not value personal fulfillment or the expression of deep psyche, which is sacred to our humanity.

Fidel Castro was a gifted person. He had the tenacity to withstand immense hardship, disappointment, and setbacks before the final 1959 success of the Revolution. However, his gift for leadership became petrified in a model that stagnated.

With the end of the embargo and the death of Fidel Castro, the people of Cuba are left to rediscover how to take risks and move with new light, to enter the deep inner space where Spirit is constantly beckoning one into the realm of greater understanding and more penetrating authenticity. To grow they will need to accept that it is not necessary to always be right, but rather, as pointed out by the psychologist Michael Meade, to be aligned with the unfolding process that continually chooses life over death.