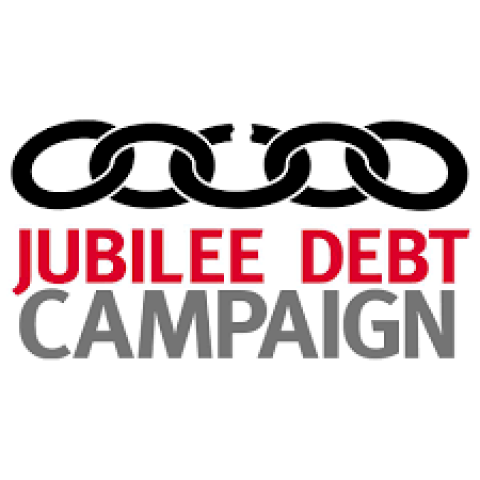 Religious and secular organizations have launched a global campaign for debt relief for impoverished countries working to combat the COVID-19 pandemic. The following article was published in the May-June 2020 issue of NewsNotes.

As the dire economic consequences of the coronavirus pandemic have emerged, a network of institutions, including the Holy See, has advanced a worldwide campaign to provide debt relief for impoverished countries struggling to fight the coronavirus pandemic. Their goal is to avert financial ruin for low- and middle-income countries during the crisis, and to help mitigate a global financial crisis, which experts say could be the worst since the Great Depression.

The campaign has made impressive gains so far, securing at least temporary debt relief for many impoverished countries. But the fight is far from over.

This new campaign is inspired by previous debt relief campaigns that have become legendary for their success in gaining global momentum. The most famous of these campaigns was the Jubilee 2000 campaign, which began in the 1990’s and culminated in 2000.

In that campaign, global leaders – including Pope John Paul II – used the biblical concept of “jubilee” debt cancellation on special anniversaries to garner support for mass debt cancellation for impoverished countries at the turn of the millennium. The campaign was eventually able to ensure 100 billion dollars of debt cancellation for 35 of the world’s poorest countries, allowing these countries to instead invest the money owed to major organizations such as the World Bank and IMF into development and anti-poverty efforts.

Subsequent debt relief campaigns were initiated for Haiti after the 2008 financial crisis and again after its devastating earthquake in 2010, as well as for several African nations fighting the Ebola crisis in 2014. For these crises, the International Monetary Fund (IMF) created what is now called the Catastrophic Containment and Relief Trust, a fund which can cover debt payments for countries experiencing a crisis for a certain number of months. It relies on wealthy countries to contribute to the fund.

The IMF has already activated the use of the trust for 25 of the world’s poorest countries, cancelling debts for six months. Likewise, the G20, the group of the world’s 20 largest economies, suspended debt payments from May 1 to the end of the year for 73 primarily low-income countries. But advocacy organizations say these measures are not enough.

Jubilee USA Network, the U.S. branch of the international Jubilee movement, representing over 700 religious organizations, has called this short-term debt cancellation a “positive step,” but argues that much more needs to be done to expand access to financial relief for these and other countries whose economies will be devastated by the financial crisis and left unable to recover in the long-term.

Eric LeCompte, director of Jubilee USA Network, said in a statement, “All of the countries [chosen to receive debt relief] could benefit from more than just a 6-month debt cancellation. As the poorest countries in the world, they really need full cancellation [of their debts].”

The next step, Jubilee USA Network says, is to push for the availability of 140 billions dollars in gold reserves held by the IMF and for “Special Drawing Rights” that will allow impoverished countries to immediately access these reserves as the crisis deepens. This will help prevent a downward spiral that will hurt the most vulnerable communities around the world most severely For the U.S. campaign, an important step will be to lobby Congress to work with the IMF to authorize the use of Special Drawing Rights.

On Easter Sunday, Pope Francis reiterated his support for the debt relief campaign, saying, “may all nations be put in a position to meet the greatest needs of the moment through the reduction, if not the forgiveness, of the debt burdening the balance sheets of the poorest nations.”

The Holy See has been working hard on diplomacy efforts to advance the campaign. Ultimately, Pope Francis has emphasized that these kinds of actions are about demonstrating solidarity with those most vulnerable: “Let us show mercy to those who are most vulnerable; for only in this way will we build a new world.” §

Faith in action: Sign the petition to the IMF to cancel debts for low- and middle-income countries so those countries will have more money to invest in their response to the coronavirus pandemic:
https://bit.ly/IMFJubilee2020