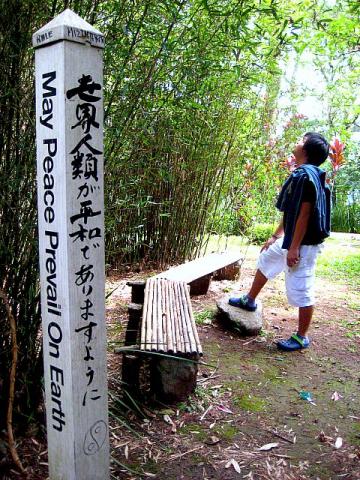 Maryknoll Office for Global Concerns staff member Sr. Claris Zwareva attended the Paris Climate Summit (COP21). Sr. Claris serves as Maryknoll’s representative at the United Nations where the Maryknoll Sisters and the Maryknoll Fathers and Brothers have consultative status with the Economic and Social Council. In the following article, published in the January-February 2016 issue of  NewsNotes, Sr. Claris examines the links between the Paris agreement and the new sustainable development goals.

On September 25, the UN General Assembly formally adopted 17 sustainable development goals (SDGs) designed to end poverty and hunger by 2030. The SDGs are expected to shape political policy worldwide for the next 15 years.

Two months after the launch of the SDGs, the Paris Climate Summit addressed Goal 13 of the 17 SDGs: “Take urgent action to combat climate change and its impacts.”

Over-exploitation of natural resources, the dumping of toxic wastes into water sources, as well as increased carbon emissions that cause global temperature rise, are factors that impede sustainable development. Climate change forces not only people but also birds and other animals to migrate in search of safer habitats. How can sustainable development flourish under such conditions?

The description of Goal 13 states, “Climate change is now affecting every country on every continent. It is disrupting national economies and affecting lives, costing people, communities and countries dearly today and even more tomorrow.” Poor and vulnerable people experiencing the significant impacts of climate change attended the Paris Climate Summit and constantly reminded negotiators from the 195 countries in attendance that millions of lives are at stake.

Because no nation is exempt from contributing carbon emissions, all 195 countries assumed responsibility to combat climate change according to their national capacities, which follows the principle of Common but Differentiated Responsibilities (CBDR), a cornerstone of sustainable development. States equally share the common concerns of humankind and the burden of protecting common resources, with differentiated responsibility that addresses unequal economic and material situations and financial capacities, as well as historic contribution to the climate crisis.

Although highly celebrated, the Paris agreement is just one step toward more intense climate actions that will support the SDGs. The survival of whole societies and their biological support systems are at risk. At one event during the conference, a woman from Papua New Guinea said, “We are losing our lands as the ocean continues to rise. In a matriarchal society such as ours, a mother bequeaths land to her daughter. What lands will I hand over to my daughter? What will I leave her as our land is being swallowed by the rising ocean?”

“I have listened to the people – the young, the poor and the vulnerable, including indigenous peoples, from every corner of the globe,” UN Secretary General Ban Ki-moon said. “They seek protection from the perils of a warming planet, and the opportunity to live in a safer, more bountiful world. They have demanded that world leaders [take action] to safeguard their wellbeing and that of generations to come.”

The hope is that Goal 13 of the SDGs will empower member states to take action based on the Paris agreement. In particular, we need intense education programs at all levels of society, as well as institutional capacity-building measures that enable countries to transform into cleaner, more resilient economies.