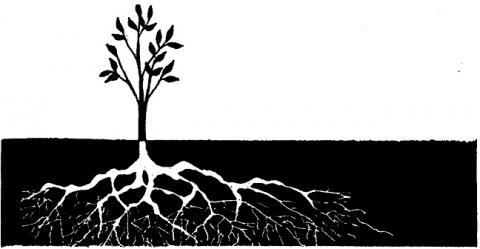 Leading up to the next United Nations Climate Change Conference (known as the Conference of Parties or COP22) scheduled to meet in Marrakesh, Morocco November 14-15, countries and industries have been moving forward with new agreements to further limit greenhouse gas emissions. The following article was published in the November-December 2016 issue of NewsNotes.

There have been some landmark agreements to mitigate and adapt to the impacts of climate change in recent weeks, as countries prepare for the U.N. Climate Change Conference in Marrakesh. The question remains, however, will these efforts be ambitious enough and timely enough to prevent some of the worst climate change scenarios.

On October 5, the Paris climate agreement passed an important threshold and was set to enter into force thirty days later, on November 4. Thanks to more than 70 countries adopting the agreement, the percentage of global emissions accounted for topped the 55 percent threshold needed for the treaty to take effect.

“This is an important achievement,” Gerry Lee, the director of the Maryknoll Office for Global Concerns said. “Not only does it demonstrate the power of dialogue and negotiation in addressing a truly global injustice, but also it begins to move the Earth away from certain destruction and toward a more sustainable future for all of us.

On October 6, the International Civilian Aviation Organization agreed to cut carbon emissions. The agreement lacks strength, however, in that it relies on the goodwill of companies to both participate and self- regulate; and it allows for carbon offsets. It is difficult to accurately measure the amount of carbon they claim to save.

The agreement also encourages a shift to alternative fuels. This could include biofuels, which are problematic because they are generated from crops grown on land that otherwise could be used to grow food for consumption, or land that was previously forest and savannah. When demand for food crops such as corn increase because of demand for biofuels, food prices may spike as they did in world food price crisis of 2008.

On October 15 another landmark climate change agreement was reached in Kigali, Rwanda. 170 nations agreed to phase out the use of hydrofluorocarbons (HFCs), found in most refrigerants and air conditioning units. Once an important replacement of ozone depleting chlorofluorocarbons, HFCs are now recognized as one of the fastest growing and most potent classes of greenhouse gases. There are safer alternatives on the market today that do not contribute to climate change or ozone depletion. Because HFCs are regulated under the Montreal Protocol, a legally binding agreement, rather than the Paris climate agreement which is not legally binding, signature countries will need to adhere to their commitments or face legal consequences.

Beginning in 2019, the U.S. and other wealthy countries will need to start reducing HFC emissions to about 15 percent of 2012 levels by 2036. Some less wealthy nations, particularly those in hot climates – China, India, Pakistan, Iran, Saudi Arabia, Kuwait – pushed for a more lenient time frame given the rising demand for air conditioning in their countries and the current higher costs of HFC alternatives. In a notable display of solidarity, all of the African nations present chose to phase out their HFCs faster than most other less wealthy nations. “Africa is a continent that is deeply vulnerable to climate change,” said Vincent Biruta, Rwanda’s minister of natural resources as reported in the New York Times. “We are witnessing disastrous droughts — our people are losing lives. We need to address climate change if we are to address poverty.”

The HFC phase out will be done gradually with countries operating on different tracks with the goal of reducing global HFC emissions by 80-85 percent by 2047. This action could reduce global warming by 0.2 to 0.5 degrees.

These agreements will influence the discussions at the COP22 in Marrakesh. Some countries are scheduled to unveil their plans to reduce carbon emissions by 2050. Many anticipate that negotiators will discuss the roadmap released by developed countries on October 17, which detailed the plan to meet their commitment to mobilize $100 billion of climate finance per year by 2020 to support developing countries.

It is also likely that they will begin discussing the “facilitative dialogue to take stock” scheduled to be held in 2018. The dialogue will be an opportunity for nations to evaluate their progress on their current climate commitments as well as opportunities for increasing those commitments by 2020. In 2020, nations are expected to announce even more ambitious national goals to meet the overall goal of the Paris climate agreement, which is to “limit global temperature rise to well below 2 degrees Celsius, and given the grave risks, to strive for 1.5 degrees Celsius.”