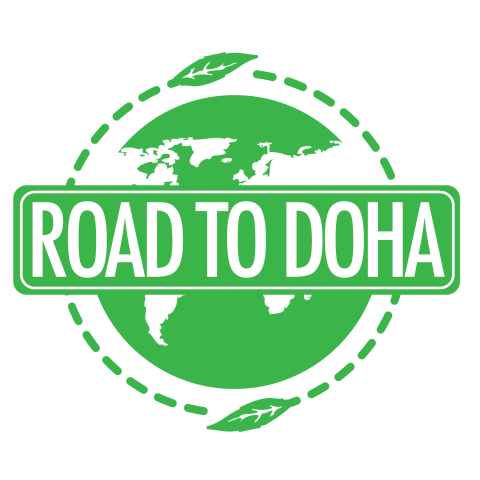 As we pray for those affected by the terrible devastation in the wake of Hurricane Sandy at the end of October -- a storm whose size and ferocity can be attributed to climate change -- we are faced with the dire need to respond as one Earth community. The following article was published in the November-December 2012 NewsNotes.

On October 18-19, representatives of like-minded countries met in Beijing to create a platform to exchange views and, significantly, to coordinate negotiating positions in preparation for the upcoming UN Climate Change Conference, to take place in Doha, Qatar, beginning at the end of November. The meeting was attended by representatives of Bolivia, China, Ecuador, Egypt, India, Malaysia, Nicaragua, Pakistan, Philippines, Saudi Arabia, Thailand and Venezuela, countries already experiencing severe climate change impacts. The work of the meeting was rooted in sustainable development; that is, economic development that takes into account social justice and environmental protection as well as equity. In this context, equity refers to using the planet’s resources with prudence lest future generations find themselves without the necessary resources to meet their needs.

A major factor in development is sourcing energy. Industrially developed nations either had their own energy resources or were able to import what they needed. Some currently less industrialized countries had their own energy sources but did not utilize them to modernize and move their populations out of poverty. In some cases, the populations are now huge, as in China and India, and the energy currently required for development is also huge. Other nations traditionally have not had sufficient energy to meet their needs. Whereas poverty and under development may have been seen as inevitable in the past, the case is different now. Now, it is universally acknowledged that all humanity has the fundamental right to live with freedom and dignity. Access to the resources, such as energy, to achieve these rights is implicitly understood.

One of the main development problems today rests in the fact that the rapid industrial development of the post-World War II years had the unanticipated consequence of nearly using up the planet’s atmospheric space for safely storing burned energy’s toxic carbon emissions from fossil fuels. This severely compounds the development challenge for nations currently struggling to move out of poverty and into the modern period through the use of fossil fuels for energy.

To deal with this issue, in 2007, an international agreement was reached stating that all countries are obligated to diminish the generation of carbon emissions. However, the obligations apply differently; industrialized countries have a greater obligation to lower carbon emissions and to cede to less industrialized countries the remaining carbon storage space in the planet’s atmosphere, even as these same countries plan for a future mainly undergirded by renewable energy sources.

Basically, this means that while all nations accept the responsibility to develop within the framework of planetary limitations for absorbing carbon emissions, wealthier countries that have been creating carbon emissions and occupying the atmosphere’s limited carbon storage space over a long period of time should be the first to pull back and give poorer nations the chance to catch up. In other words, more industrialized countries need to be at the forefront in developing and putting into use clean renewable energy sources and allow less industrialized countries to prudently use carbon based energy and occupy the remaining carbon storage space even while they plan for a future based in renewable energy sources. The representatives attending the Beijing meeting of likeminded countries reaffirmed their support for this principle, commonly referred to as the principle of common but differentiated responsibilities, which, in addition to the points mentioned above, includes the obligation on the part of industrialized nations to help other nations by sharing information about renewable technologies and helping to finance the movement of adaptation to a new planetary reality, where everyone is required to live within the limits of planetary boundaries, in a per capita sense.

Related to this, as the date of the climate change conference approaches, more will be heard of the Kyoto Protocol (KP), which will doubtlessly be renewed for at least another five to eight years. The KP is the agreement in which nations publically commit themselves to particular percentage cuts in their national carbon emissions. The United States will definitely not become a party to the KP. Nevertheless, the U.S. has committed itself to be part of the conversations for a new climate change agreement, the Durban Platform, which will be binding on all nations. It is hoped that the terms of this new agreement will be delineated by 2015, and that it will be ratified and come into effect by the year 2020. It is generally agreed that the terms need to be ambitious so that the process of global warming may be halted and the balance of earth’s atmosphere may be maintained.

The end of the year will also bring Advent and Christmas with their eternal theme of peace on earth. Clearly, peace will not come if humanity fails to turn away from its unsustainable greed and overly competitive economic patterns. Perhaps, though, the peace that has always eluded humanity may become possible if thinking shifts into a new paradigm where everyone’s primary identification is as planetary citizen, with equal rights and shared responsibilities. The vision statement of the June 2012 sustainable development conference, the parent of the climate change conference, states unequivocally that peace on earth is the ultimate goal of all negotiations regarding the economy, social justice and environmental protection.