Climate Change and Our Food 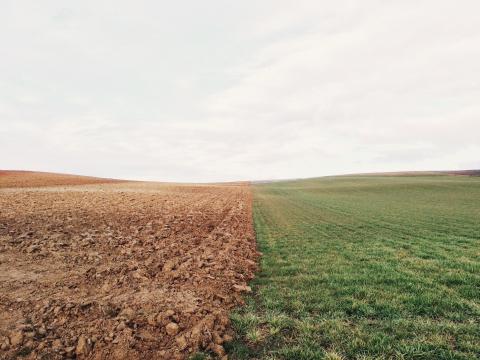 The United Nations’ International Panel on Climate Change (IPCC) recently released a report about the impact of climate change on our food production and our food’s production’s impact on climate change. The following article appeared in the September-October 2019 issue of NewsNotes.

Last year’s National Climate Assessment, a quadrennial scientific review mandated by the U.S. Congress to help the nation “understand, assess, predict and respond” to climate change, warned that climate impacts on agriculture are dire and getting worse. Now the latest UN special report on climate change and land says that the crisis is global. The farm and food systems as we know them are transforming before our eyes, and the productivity we have benefited from is in jeopardy. In addition, the report focuses on the ways our current systems of food production contribute to climate change and explains the need for a major shift towards food production systems that are more sustainable.

Increasing temperatures, extreme weather events in the forms of rain, drought, and fire, and rising atmospheric carbon dioxide levels are wreaking havoc on farming basics such as growing seasons, pollination, and more. Climate change is also contributing to deteriorating soil and water quality, creating challenges that are felt far beyond farms.

In farming communities around the world, lives and livelihoods are more vulnerable due to exposure to extreme heat, which can cause heat exhaustion, heat stroke, and heart attacks. Combined with declining yields and deteriorating natural resources, these factors put additional stress on agricultural and rural communities, many of which already experience high levels of poverty, unemployment, and food insecurity. Ultimately, the number of people who go hungry each day will climb in the United States and abroad. “Food security will be increasingly affected by future climate change…We will see different effects in different countries, but there will be more drastic impacts on low-income countries in Africa, Asia, Latin America and the Caribbean,” said Priyadarshi Shukla, Co-Chair of IPCC Working Group III.

The report also states that radical changes are required in the way land is managed, given that agriculture, forestry, and other land-use changes are responsible for about 23 percent of greenhouse gas emissions.

The report offers various suggestions for how to adapt farming systems to improve food security in changing climates as well as shift our production systems toward more sustainable farming and land management practices. Some of these alternatives resonate well with the principles of the Maryknoll Office for Global Concerns.

A promising alternative offered in the report is the suggestion of agroecology as a new system of food production. In brief, agroecology is a growing science and philosophy of agriculture production that prioritizes sustainable farming and the welfare of vulnerable farming communities. The definition of this emerging concept and science is contested, so while it is encouraging that agroecology is mentioned in the new UN report, it will be important to monitor how it is defined and implemented in practice. CIDSE, an international Catholic advocacy network and a partner organization of the Maryknoll Office of Global Concerns, has done important work on nailing down a definition of agroecology that is in line with Catholic social teaching principles regarding ecological justice. It is our hope that their holistic definition of agroecology is taken up and implemented going forward.

More controversial recommendations include the recommended use of biofuels, or plant-based fuel, and of carbon-capture technologies to reduce carbon in the atmosphere. Experts dispute whether either of these solutions are sustainable for the long term, and some worry that these do not solve the deeper problem of a broken relationship with the earth, instead allowing us to continue to overuse earth’s resources without fundamental changes to our lifestyles.

This important new report is a major contribution toward the discussion about how to adapt to and mitigate climate change, given the significance of food production for human welfare worldwide.§