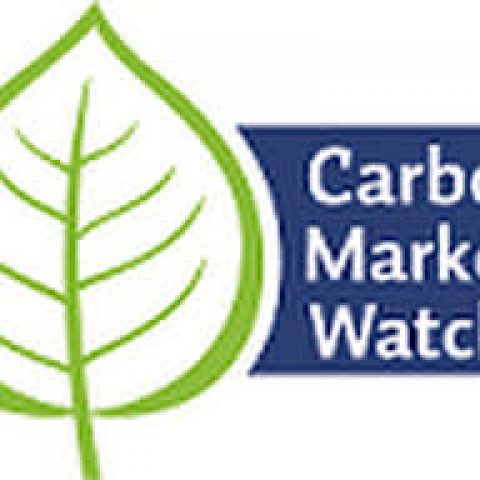 The following press release from Carbon Market Watch reports on efforts by civil society organizations to raise awareness around the troubling classification of a dam project in Guatemala.

Click here to read the original letter, dated October 10, sent to the UN Special Rapporteur on the Rights of Indigenous Peoples on this issue; the Maryknoll Office for Glboal Concerns was actively involved in the letter's drafting and in outreach for signatories.

Read more about the Santa Rita project in the September-October 2014 NewsNotes.

This month, Guatemalan and international civil society organisations have asked UN Special Rapporteur on the Rights of Indigenous Peoples to support indigenous communities threatened with imminent and serious harm by the Santa Rita hydroelectric dam in Guatemala which was registered under the UN’s carbon offsetting scheme in June 2014. Numerous violations against the indigenous Q’eqchi´ and Poqomchí communities have been reported prior to and since project approval resulting in several injuries and deaths.

The Santa Rita hydroelectric dam is under development on the Icbolay River, in the municipality of Cobán, in the Alta Verapaz region of Guatemala. Over the past years, tensions over the lack of public consultation between the indigenous communities and the project developers have resulted in several human rights violations, including the deaths of seven people killed, amongst them two children of 11 and 13 years.

The Executive Board of the Clean Development Mechanism (CDM) approved the project in June 2014 despite repeated concerns and continued letters providing evidence about the violation of community consultation rights which are at the heart of the Guatemalan Peace Agreement on Identity and Rights of Indigenous Peoples.

Maximo Ba´ from the Consejo de Pueblos de Tezulutlán commented: “The UN have double standards: on the one side they promote human and indigenous people rights and on the other side, they give incentives to actors and projects that outage them."

In August 2014, a repressive operation with more than 1500 police officers was initiated against the Q’eqchi´ communities of Cobán, Chisec and Raxruhá, opposed to the Santa Rita hydroelectric project and fighting for the nationalization of the electricity sector, to dismantle a peaceful blockade of about 200 indigenous families and arrest 4 human rights defenders, resulting in further injuries and deaths.

“These banks have obligations to ensure that their activities protect the rights of those affected by development projects — the IFC and others have clearly violated these rights and their safeguard policies that are in place to prevent such harms” commented Alyssa Johl from the Centre for International Environmental Law.

“The Santa Rita case is just one of many projects where these banks have faced challenges with disputes between local communities and project developers. It should be in the interest of the banks to push for harmonised UN safeguard policies including robust engagement with civil society organisations in countries where investment is badly needed. Santa Rita is yet another wake up call” said Anouk Franck from Both ENDS.

In an appeal to support the indigenous peoples, 30 civil society organisations have called on the UN Special Rapporteur on the Rights of Indigenous Peoples Victoria Tauli-Corpuz to urgently address the Government of Guatemala, requesting information regarding present and future plans for this project and the appropriate measures being undertaken by the Government to address serious threats of harm to indigenous peoples impacted by the project.

In an effort to assess the CDM’s impact and to make the CDM “fit for the future,” a high-level panel on the CDM policy dialogue elaborated recommendations including the establishment of a grievance mechanism for local stakeholders to address social and environmental concerns and to facilitate the resolution of issues after the registration of a project.

“The Santa Rita project shows that the current CDM rules in place are not enough to uphold human rights. After two years of inaction, the CDM Board must finally take initiative at the upcoming UNFCCC negotiations in Lima and urgently implement safeguards including a robust grievance mechanism for people adversely impacted by CDM projects” added Eva Filzmoser, Director of Carbon Market Watch.