Central America: Biden Plan is more of the same 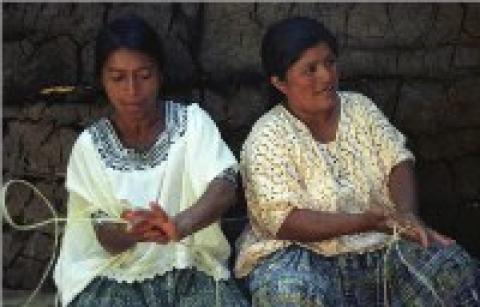 The following article was written by Marek Cabrera, the Central America intern for the Maryknoll Office for Global Concerns, and was published in the March-April 2015 NewsNotes.

In late January, the administration announced that $1 billion in assistance to Central America would be included in its budget request for fiscal year 2016. In an op-ed in The New York Times, Vice President Joe Biden said the aid package, explicitly modeled on Plan Colombia, would help El Salvador, Guatemala and Honduras "change the climate of endemic violence and poverty" that has led to a "dangerous surge in migration."

These funds, however, have the potential to worsen the situation that gave rise to the crisis in the region in the first place. It is an improvement in relation to previous aid packages like Plan Colombia: Whereas the latter was about 90 percent military aid to combat drug trafficking and the leftist insurgency and only the rest was allocated to economic aid, the Biden Plan, as it is called, is only about 30 percent military aid; the rest is mostly slated for economic aid and funding for institution-building. Despite its attempt to move away from trying to solve world crises exclusively through militarism and force, major aspects of the plan, especially its economic aspects, will make the situation worse if implemented as proposed.

Through the proposed plan, nearly $300 million in military aid will be provided to countries whose armed forces and police bodies are implicated in major violations of human rights, especially in Guatemala and Honduras. The Guatemalan army, which has not reformed or been tried after its campaigns of genocide in the 1980s against indigenous peoples, will only be propped up in its capacity for repression and violence. Its role in forcing rural populations off their land with violence and death for large development projects is well documented by human rights organizations like the Guatemala Human Rights Commission (GHRC). The Honduran security apparatus, especially after the military coup in 2009 - a coup the Obama administration allowed and helped survive - is not only corrupt with links to drug trafficking, but its repression of political dissent has included targeted assassinations and the formation of death squads that target, among others, violent gang members indiscriminately. El Salvador’s security forces underwent a reform process in the 1990s as part of the peace agreement that ended the civil war in that country, but are also far from being perfect. Its record in dealing with the gang crisis, most directly during the application of harsh iron fist policies since the early 2000s, still represents a violation of human rights. Throwing $300 million at such violent institutions without a serious overhaul can only make the situation worse.

The economic aid part of the package also has its potential counterproductive consequences. Most of it seems designed to promote what the U.S. government bills as economic development aid, which, the administration hopes, will lessen the migration problem and its root causes. But free trade and economic restructuring is what every serious analyst attributes as one of the main causes of the crisis. With calls for even more free trade concessions and domestic economic reforms that benefit multinational corporations, the economic aid part of the plan is more of the same neoliberal approach to the economy that is always required of these countries. For example, El Salvador’s government is being forced to open its contracts to international business as a precondition to receive Millennium Development Goal funds, which negatively affects local businesses and the capacity of the government to hire locally. In Honduras, thousands of public sector jobs have been eliminated recently in order to privatize services and lower government spending, which in reality only weakens workers’ ability to secure a decent livelihood.

Lastly, this economic aid calls for more of the traditional export-led form of development. It calls for rural reform, for instance, which so far has displaced thousands of people off their lands and concentrated ownership of those lands in the hands of few wealthy national and international agricultural and mining investors. Industrial agriculture and mining are destructive of the livelihoods of local communities. They rob people of their ability to make a living within their own communities, and create few jobs. Similarly, when major infrastructure projects are carried out within a free market system without taking into account the many communities who live close to them, the market value of the land increases. When the inhabitants of those lands are not able to pay the higher taxes of their newly valuable land, they are then forced to abandon their source of livelihood, and are, in effect, forced to migrate to the cities or the United States. These are a few examples of the links between free market economics and migration, and so to do more of the same under the guise of economic aid will only worsen the situation.

The Biden Plan can be a force for good, but only if the resources are clearly allocated to more local efforts to create sustainable livelihoods. Unfortunately, the funds seem destined to force more free trade and free market neoliberal economics on these countries, which, as most analysts agree, have contributed to the crisis in the first place. It is important that we stay vigilant and keep working so that our government does not embark on more international aid projects that contradict our values of living in harmony with our neighbors. Central America needs help, but the Biden Plan does not meet the basic requirement of being genuinely in the interest of common Central Americans.

Photo of Guatemalan women by Jim Stipe; used with permission.