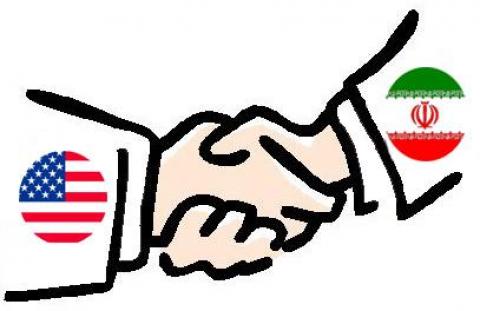 The following update was written by Marie Dennis, co-president of Pax Christi International and former director of the Maryknoll Office for Global Concerns, and was published in the September-October 2015 NewsNotes.

On July 14, an agreement on the Iranian nuclear program was reached in Vienna, Austria. This important diplomatic accomplishment was achieved through protracted high level political negotiations involving the United States, the United Kingdom, France, Germany, China, the Russian Federation and the European Union, as well as Iran. It aims to curb Iran’s development of nuclear weapons while allowing the country to use nuclear energy for peaceful purposes. More importantly, it serves as an important example of successful diplomacy in extremely difficult circumstances.

As negotiations approached a conclusion, the U.S. Congress passed the Iran Nuclear Agreement Review Act of 2015 that gave the House and Senate a limited time to pass a bill of disapproval. On July 19, President Obama submitted the Iran agreement to Congress, giving the legislators until September 17 to pass such a bill.

At publication time, 42 senators publicly have expressed support of the Iran deal, ensuring a filibuster of the disapproval resolution. The agreement made in July will go through with the U.S.’s commitment intact.

The Maryknoll Office for Global Concerns (MOGC), along with many collegial organizations and communities of faith, has energetically supported the Iran agreement as a critical step toward nuclear non-proliferation and, ultimately, nuclear abolition.

Pax Christi International noted other potentially positive results: “The deal will enable Iran to play a more active role in regional politics, increasing the possibility of a diplomatic solution to the war in Syria and leveraging political concessions in Baghdad and Damascus that could more effectively curtail the power of ISIS and avert a wider Shia-Sunni conflict….The agreement with Iran has the potential to reshape much of the Middle East. Hopefully it will strengthen the Nuclear Non-Proliferation Treaty and stimulate development of a Nuclear Weapons-Free Zone in the Middle East, a goal repeatedly supported by the nations of the world at the UN since 1974.”

That a diplomatic agreement has become a reality after years of painstaking negotiations is a great accomplishment. Its details have been scrutinized and the deal is supported by scientists, diplomats, political and religious leaders and countless others around the world, including the Vatican and the U.S. Conference of Catholic Bishops (USCCB).

The Catholic community across the country has been fully engaged in support of the Iran agreement. The USCCB has written to Congress, visited many members of Congress, sent action alerts and activated diocesan level leaders. At the same time, MOGC, Pax Christi, and a coalition of national Catholic organizations and religious communities have been working with other faith communities to encourage Congress to back the agreement. With significant collective grassroots presence across the U.S., they have encouraged thousands of constituents to communicate (in writing, orally and in person) with their elected officials and to write letters to the editor or op-eds in both the secular press and diocesan Catholic newspapers.

A letter to Congress supporting the agreement from Catholic women religious across the U.S. was initiated by the Adrian Dominican Sisters in Michigan and gathered well over 4,000 signatures. A pro-deal statement from Catholic theologians and scholars reflected the opinions of academics from Massachusetts to California, Pennsylvania to Minnesota, Missouri to Washington, D.C.

Catholic groups have placed ads in the electronic versions of America magazine and the National Catholic Reporter encouraging readers to contact their members of Congress to support the Iran deal.

They also met in D.C. with senior staff in offices of key senators, coordinating with local Catholics in each state and encouraging as much August recess work with elected officials as possible.