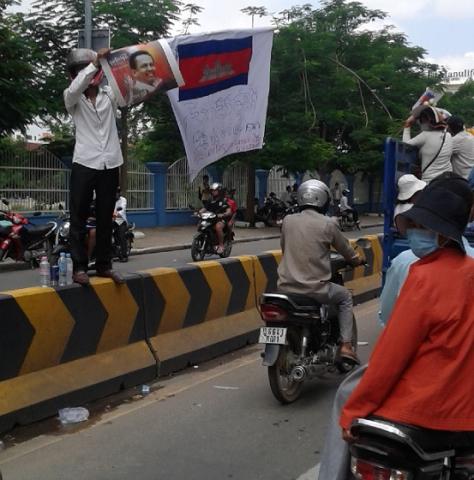 Cambodian strongman is grooming his eldest son to take over leadership of the country. Read the rest of this article from UCA News by Joseph Benny, published June 26. The following article was published in the July-August 2020 issue of NewsNotes.

Hun Sen, who has ruled Cambodia for 35 years as if in a dictatorship, is keen to pass on the baton to his eldest son to perpetuate a dynasty in the one-party state.

The 67-year-old prime minister said he is grooming his eldest son, Hun Manet, 43, to take over leadership of the country, reports said on June 23. But he has no plans to discontinue his authoritarian rule for at least another decade.

“First, within the party – whether it can accept his candidacy or not – and secondly, he needs to be elected by the people,” Radio Free Asia quoted Hun Sen as saying.

The Supreme Court of Cambodia dissolved the main opposition Cambodia National Rescue Party (CNRP) in November 2017, alleging a plot to overthrow the government.

Hun Sen followed up on the political front by silencing the media and human rights activists before winning all 125 seats in parliament in the July 2018 general election.

During an inspection of the construction site for the new Phnom Penh International Airport on June 22, Hun Sen vowed that his ruling Cambodian People’s Party (CPP) would rule the country for as long as a century.