Burma: Crossing the Point of No Return 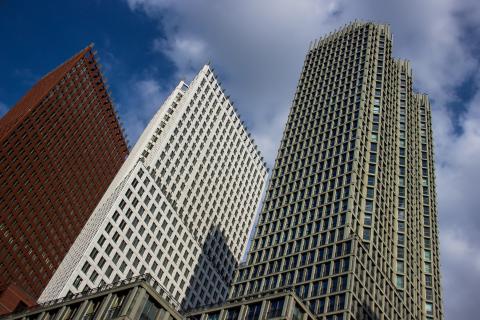 Nobel Peace Prize Laureate Aung San Suu Kyi defended the government of Burma (Myanmar) against charges of genocide at the International Court of Justice in the Hague in December, despite graphic evidence to the contrary. Kenneth Wong, a Burmese-American writer and lecturer at the University of Berkeley wrote about it on his blog https://kennethwongsf.blogspot.com/, which is reprinted here with permission. The following article was published in the January-February 2020 issue of NewsNotes.

Burma had been at a moral crossroads for some time now. [On December 11], it crossed the point of no return.

Acting as an agent of the country, Burma's (Myanmar's) State Counselor Daw Aung San Suu Kyi, or the Lady, told the 16-member panel of judges at the International Court of Justice (ICJ) that the evidence against her country – encompassing mass killings, village burning, rape, and the subsequent displacement of nearly 700,000 Rohingyas – did not point to genocidal intent. Instead, she called it an “incomplete and misleading factual picture of the situation."

742,000 –  the number of displaced Rohingyas currently living in a sprawling camp in Bangladesh, as recorded by UNHCR –  is greater than the total population of [the Burmese city of] Mawlamyine (438,000 in 2019, per World Population Review).

Whereas her watered-down words of the atrocities astonished many in the international community, they galvanized her supporters. They organized rallies to cheer her on in Rangoon (Yangon) and other big cities. They switched their Facebook profiles to templates that read "We stand with you / We stand with DASSK / We stand with Mother Suu."

Many of my Burmese friends and acquaintances on Facebook followed the trial's live broadcast. Whenever they heard Burma's legal team or the Lady make a particularly forceful point that resonated with them, they reacted in real time, copying the pasting the choice words into their status updates.

These include former classmates, childhood friends, Saffron revolution monks, and 88-generation student activists I personally know. [The 88 Generation Students is a Burmese pro-democracy movement known for activism against the country's military junta that began in 1988.]

The Guardian in its editorial calls the ICJ case against Burma "Humanity on Trial." I suppose many of the Lady's supporters might think this is hyperbole. I do not.

The Rohingya crisis demands that those of us who are Burmese by birth or by blood dig deep into our humanity, overcome our biases, and stand up for the victims who have suffered much. It is a litmus test for our conscience, and many Burmese failed.

Leading Burma's legal team is Professor William Schabas, a Canadian genocide researcher and scholar. In a 2013 Al Jazeera documentary on the Rohingya crisis, Schabas had said "We're moving into a zone where the word [genocide] can be used." Back then, he argued, "Denying their [The Rohingyas'] history, denying the legitimacy of their right to live where they live, these are all warning signs that mean that it’s not frivolous to envisage the use of the word genocide.”

[During his testimony], seemingly contradicting his own previous words, Schabas argued to the ICJ panel that evidence in the case against Burma did not show "the specific intent to perpetrate genocide."

Responding to the deaths recorded in the UN Fact Finding Mission's report, Schabas said, "10,000 deaths out of a population of well over one million [Rohingyas] might suggest something other than an intent to physically destroy the group."

Commenting on deaths resulting from poor conditions in the Rohingya camps maintained by the Burmese government, Schabas noted there are "human rights violations, of persecution, but not of destruction [of the group]."

Here's the shameful implication of Burma's legal defense: As a country, it is arguing that 10,000 deaths at the hands of its own military is too small a number; it hasn't killed enough to warrant international repudiation. It's too early, too soon to call it a "genocide," in its view.

Strictly by the number, it's worth noting that the slaughter of 8,000 Boskiak civilians in Srebrenica during the Bosnian War is deemed a genocidal crime by The International Criminal Tribunal for the former Yugoslavia (ICTY)

What it means if Burma prevails

Right now, with their eyes fixed on the immediate future, many Burmese feel they should at any cost get the case against the country dismissed. If the country were to be saddled with the label "genocide" or "ethnic cleansing," sanctions will inevitably follow and the flow of tourism will suffer.

But what is the true consequence – the long-term cost – if Burma were to prevail?

The day will come when the Burmese Army turns its guns and rifles toward another ethnic group – perhaps the Karens, the Shans, or the Arakenese – and launches a similar "clearance operation" in response to an attack from the group's armed militia.

"It cannot be ruled out that disproportionate force was used by members of the Defense Services in some cases in disregard of international humanitarian law, or that they did not distinguish clearly enough between ARSA fighters and civilians," conceded Daw Suu in her speech at the ICJ.

If it's acceptable for the country's armed forces to make no concerted effort to distinguish real terrorists from civilians who happen to look like them, and to write off the violence perpetrated against the Rohingyas as no more than the unfortunate consequence of a necessary but overzealous military response, how might one call for accountability when the same violations are directed at another group?

In assuring the ICJ and the world at large that the perpetrators will be brought to justice, Daw Suu argued, "Although the focus here is on members of the military, I can assure you that appropriate action will also be taken against civilian offenders, in line with due process. There will be no tolerance of human rights violations in the Rakhine, or elsewhere in Myanmar."

In 2018, two Reuters reporters, Wa Lone and Kyaw Soe Oo, uncovered evidence of the Burmese soldiers' execution of a group of Rohingya civilians. Confronted with incontrovertible evidence (in the form of an excavated mass grave), the Burmese Army charged and convicted seven soldiers for the crime.

After serving less than a year, the guilty soldiers were pardoned by the Burmese Defense Chief Min Aung Hlaing. "Given the soldiers’ dutifulness during their time in the Army, and in consideration of the petition, the military chief reduced their prison sentence from 10 years to one year with hard labor in accordance with military justice," reported The Irrawaddy.

In her speech before the ICJ, Aung San Suu Kyi said, "Many of us in Myanmar were unhappy with this pardon."

The two reporters who worked on the case were also charged with Violating Official Secrets Acts, then sent to prison. They served 500 days before a presidential pardon freed them. Put another way, the reporters who exposed the murder spent more time in prison than those who committed the murder.

The incident should cast serious doubts on the Burmese civilian government's ability to hold the perpetrators accountable, especially when they happened to be members of the military.

Many Burmese friends argue, Daw Suu is compelled to defend the Army for the country's sake, to fulfill her duty as the savior of her people. This is nonsense. The Lady might not have been in a position to stop the Army's violent "clearance operations" once it got going, but she's not obligated to defend them when they stand accused of the horrible crimes they committed.

Are we to believe the testimony she gave before the ICJ is all a pretense for the sake of her homeland, that she is sacrificing her reputation to save her country? Her well-documented self-righteous character suggests nobody can make her say or do things she doesn't believe in. If she speaks in defense of the accused, we would do well to assume she voluntarily speaks out of her own conviction.

No matter the outcome of the case, I don't believe Burma can salvage its soiled reputation and tattered dignity – not unless it stops mistreating the ethnic minorities that calls it home, not until it finds the courage to stand up to the rising tide of intolerance within its citizenry.

I for one am glad that a few principled Burmese are speaking up without waiting for the casualties to reach 500,000 or six million.

When the victims' bones crow, I can answer them with a clear conscience. [‘Bones will crow’ is a Burmese phrase. The Burmese use it to express the belief that bad deeds once hidden will be exposed to haunt perpetrators.]

A few decades later, the young Burmese who can see     beyond people's skin color, nationality, and faith will demand to know what we – their elders – did when our own countrymen were committing unspeakable crimes.

When that day comes, let the record show I did not, out of consideration for kinship or friendship, use my words to give shelter to the guilty.

Let the record show I spoke up for the victims the best I could.

Photo: the Hague by cor gaasbeek from Pixabay