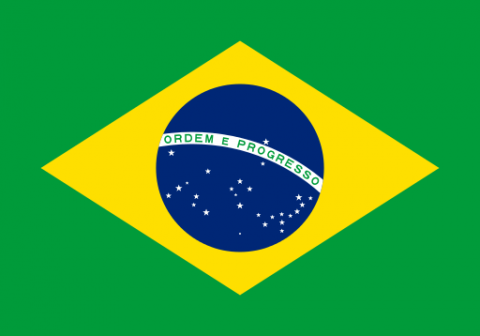 In December, the day after the Senate Intelligence Committee released its report on torture by the CIA, Brazil’s National Truth Commission published a similar study of government-sponsored torture carried out during that country’s military dictatorship from 1964-1985. With the testimony of 1,121 witnesses taken in 80 public audiences in 20 of 26 states, the commission was able to piece together a more detailed understanding of the workings of the dictatorship and its consequences. Two major lingering questions for many, especially survivors and families of victims of the regime, are where the bodies of victims can be found today and if the known offenders will be tried or imprisoned.

With this report, Brazil finally joins its neighbors, most of whom carried out similar investigations during the 1980s and 1990s. Unlike commissions from other countries which had broader mandates such as reparations for victims and trials of offenders, Brazil’s Truth Commission was limited to investigating human rights violations. In her poignant remarks, President Dilma Rousseff, who was imprisoned and tortured for three years by the military regime, emphasized the historical character of the report, arguing that it has nothing to do with "revenge" or inciting "hatred."

Much of the information in the report was already known thanks to the Catholic Church’s "Brazil: Never Again" report released in 1985 and investigations by human rights organizations and others. The Truth Commission’s study provides evidence of 377 government agents involved in human rights violations from illegal detentions and forced disappearances to torture, sexual violence and executions. At least 434 people were killed or disappeared. Due to a lack of documentation, the report said, it left out other cases and the names of many others believed to be involved.

The report resulted in changing the death certificates of a number of people who the military had said died of natural causes while held in police custody, but actually had died as a result of their torture. It also showed that many more torture centers existed than previously believed, with at least 16 in Rio de Janeiro alone. During the commission’s investigation, three former members of the military regime admitted to their involvement in torture, summary executions and hiding of bodies.

Interestingly, most victims of repression were members of the military themselves. Almost 7,500 of them were discharged, imprisoned and/or tortured for supporting João Goulart, the president overthrown by the military junta in 1964, for opposing international commercial interests or for supposed communist beliefs.

The report brought new findings around a failed bomb attempt at a Rio de Janeiro convention center during a Workers Day celebration in 1981. Two bombs went off, one that failed to turn out the lights in the area as planned and another that exploded prematurely in the lap of a sergeant, killing him and exposing the operation as one of the military. The intent was to blame the bombings on radicals to then justify the government repression. The new documents detail the efforts taken by the military to cover up the story including quick removal of the bodies by soldiers in disguise and doctored photos sent to the media to incriminate leftist groups.

The military has critiqued the report, saying it was motivated by revenge and that it failed to investigate the estimated 121 people killed by armed leftist groups during the time period. Human rights organizations have complained that the report does little to help find the bodies of victims, hundreds of whom are still unaccounted for, and avoids using the term "torture" favoring the broader "human rights violations." "To talk about ‘human rights violations’ is too vague. What happened was institutionalized torture," said Cecília Coimbra, founder of the group Torture Never Again. Use of "human rights violations" is "a way of fudging the accusations."

The commission included 29 recommendations in its report; two controversial ones are calls for the demilitarization of the police and for trials of government agents involved in the repression. Brazil is one of few countries in the world that has not demilitarized its police force, yet the proposal is contentious for some who fear the police would be politicized and weakened.

In 1979, during the waning days of the dictatorship, the Brazilian congress passed an amnesty law exempting anyone involved in crimes related to the dictatorship. Yet the Interamerican Court of Human Rights found in 2010 that at least parts of the amnesty law are illegitimate and that state actors should be tried. Other international agreements of which Brazil is a part have also questioned the legitimacy of amnesty laws. Chile, which has a similar amnesty law, managed to prosecute several officials including General Augusto Pinochet, who acted as president during its dictatorship. But with the current conservative composition of its supreme court, few expect that anything similar will happen in Brazil.