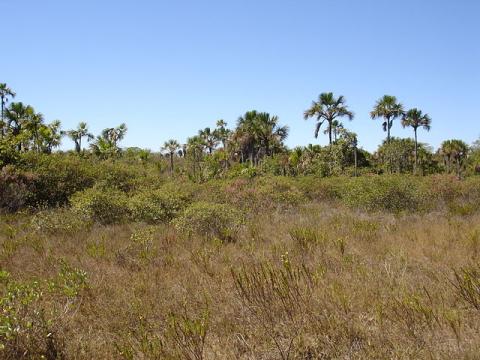 The Brazilian Catholic Church’s Pastoral Land Commission (CPT) recently released a study of 30 years of conflicts in Brazil over access to land, water and worker rights. It found an overall decrease in clashes over the past 10 years due to decreasing poverty rates thanks to an increased minimum wage and other programs like the Bolsa Familia that provide support to low income families. Despite this good news, the study also notes that Brazil, which holds 12 percent of the world’s fresh water, has seen a growth in the number of conflicts over water, especially in urban areas. Unfortunately, a number of factors indicate that this trend is likely to continue in coming years.

Conflicts over land are nothing new to Brazil. Some emblematic cases in history are Canudos (1896-1897) in the northeast and Contestado (1912-1916) in the south. Little information is available about conflicts during the military dictatorship (1964-1985) due to the repression against journalists, though anecdotal evidence suggests an intensification of conflicts in the Amazon region due to the dictatorship’s push for more resource exploitation there, as well as an increase in the center-west region with farmers from other areas establishing large plantations to take part in the dramatic increase in swine and soy production there.

Luckily, since 1985, the CPT has recorded increasingly detailed information about land conflicts around the country. The majority of the 28,805 conflicts documented over the last 30 years have taken place in the north and northeast regions where almost two-thirds of violent struggles occurred, though only 35 percent of the population lives there.

The study classifies three sources of conflict: access to land, access to water and slave or near-slave labor. Large “development” projects like mining and hydroelectric dams are significant sources of conflict; speculation by financial entities, which buy land not to use, but rather to hold and wait to sell for a higher price, is also portrayed as fueling the conflicts.

Mining has become increasingly important for the economy. Between 2001 and 2011, the study notes, Brazilian mining increased 550 percent and mineral exports as a portion of total exports increased from seven to 14.5 percent. Unfortunately, mines often create conflicts in all three areas highlighted by the study: over land (when families are displaced), over water (when mines pollute or exhaust rivers and other community water sources), and over worker rights (when workers are exploited, leaving them heavily in debt and restricting their ability to travel freely.)

The study does not mention that many of the large hydroelectric dam projects that create land conflicts are being built to supply the massive amounts of energy required by mines to extract and process steel, copper, zinc, aluminum, gold and other minerals. The CPT identifies steel and gold as the minerals whose extraction cause the most conflicts, being responsible for 16.2 percent and 19 percent of the conflicts analyzed, respectively.

Though prices for most minerals have fallen recently, the study discusses two paradoxes that indicate a likely increase in mining in coming years: The first is “the contradiction within many nation states: they stimulate activities that concentrate income and create social inequalities [like mining], collect more [in taxes] and, with that income, compensate the people who are harmed by those same activities.” The second paradox is seen in the actions of major mining companies around the world: “[D]uring times of crisis in mineral prices, they increase the rhythm and rates of extraction in order to crush competition from small and medium-sized mining companies and secure their position as an oligopoly in order to maximize profits before the price falls even further… This means that the crisis in mineral prices will not diminish conflicts and violations, on the contrary, they will increase.”

The study defines three types of conflicts over water: private appropriation (usually when a landowner affects the flow of, or access to, rivers that others depend on); use and preservation (which often involves mining projects, agroindustry or others contaminating water sources); and dams built for energy (that create massive lakes displacing families, often indigenous).

Most families are being affected in states with large “development” projects like the Belo Monte series of dams that will affect almost 70,000 families or the massive industrial complex being built by the Atlantic Steel Company in Rio de Janeiro affecting more than 8,000 families.

A relatively new but rapidly growing source of conflicts identified by the study is water shortages in urban areas. In the state of São Paulo, at least 14 percent of cities are experiencing difficulties and are implementing rationing and/or fining households that increase their water usage. In February 2015, 142 cities in 11 states were rationing water;  the situation is likely to worsen according to a study by the National Water Agency that predicts more than half of Brazilian municipalities could experience water shortages in 2015.

Though Brazil contains more than 12 percent of the world’s fresh water, roughly 50 percent of that water is in the Amazon river basin, where only four percent of the population lives. As the World Resources Institute points out, “About 80 percent of Brazilians are concentrated in megacities along the east coast, like São Paulo and Rio de Janeiro, which rely on their own local river basins. Many of these cities are water stressed, due to their rapid growth and development.” In addition to the rapid population growth, two other factors have exacerbated the problem: privatization of water providers and deforestation.

Seen by many as a solution to water shortages, privatizing water companies has brought some negative effects. With cities selling off their water companies to different corporations, “planning has ended up happening only at the municipal level, seeking isolated solutions as if the cities were islands,” according to Vicente Andreu, director-president of the National Water Agency. “We need to find a way to integrate, to have more ample planning, preferably by water basins.” Another problem experienced by many cities after privatizing their water providers was that the corporations reduced investments in infrastructure in order to pay large dividends to their investors.

Another important source of urban water problems is deforestation occurring in the Amazon and Cerrado region in the central-west of the country. Mounting evidence shows that forests in these regions “function as a giant water pump [that] lifts vast amounts of moisture up into the air, which then circulate west and south, falling as rain to irrigate Brazil’s central and southern regions. Without these ‘flying rivers,’ the area accounting for 70 percent of South America’s GNP could effectively become desert, according to Antonio Nobre, a scientist at Brazil’s Center for Earth Systems Science. While Brazil was successful in dramatically reducing deforestation (decreasing 70 percent from 2005 to 2014), recent data shows a surge in deforestation likely brought on by recent changes to the Forest Code that allow for new areas to be cut down.

Slave labor has historically been more prominent in rural activities like agriculture and ranching, but for the first time, in 2013, more slaves were found in non-agricultural, urban activities, especially construction and clothes manufacturing. An added novelty is the increasing number of foreigners working in slave-like conditions, especially in the garment sector.

While the number of people discovered to be working in slave-like conditions has decreased in recent years (1,752 people were freed from these conditions in 2014, markedly less than the average of 2,495 people per year between 2011 and 2013), the study says this is not so much a result of fewer people working in these conditions, but a lack of interest on part of the government to investigate the problem.

In 2015, only 2,703 work auditors were dedicated to finding and freeing slaves, fewer than any other year. Some states have completely stopped investigating for slave labor due to a lack of funds and personnel. This is especially concerning, because while conflicts over land and water are very visible due to the protests and other activities by those affected, slave labor is an invisible problem that only comes to light through active investigations by the government.

Another factor making the identification of slaves more difficult is the increasing sophistication of corporate outsourcing of labor through the use of subcontractors. Of the 3,553 people freed from slavery in the 10 largest cases between 2010 and 2013, 3,000 (90 percent) were outsourced workers. The study posits, “[T]here are strong indications that outsourcing of workers and slave-like conditions don’t only move side by side, but are intimately related.” “The adoption of outsourcing by companies enhances the exploitation of labor capacity and reduces the likelihood of action of agents that could impose limits on this process.”

Unfortunately the study points to a number of bills being considered by the increasingly conservative Brazilian Congress that will worsen the situation of workers. From weakening the definition of slave-like conditions to changing labor laws to facilitate outsourcing to no longer publishing the names of companies found guilty of using slave labor, a variety of bills have a chance of passing.