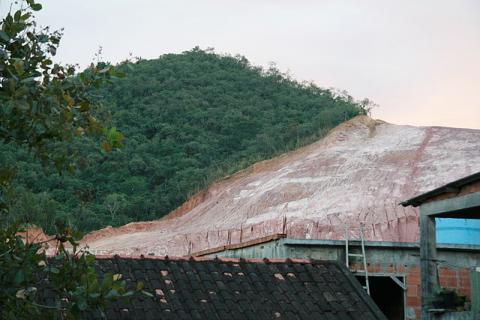 While unable to win the World Cup this year, Brazil has become the champion in another, more important area, becoming the country with the largest reductions in the rates of deforestation and carbon emissions. In less than a decade the country went from being the world’s worst deforester to making the greatest strides in forest preservation. Two recent reports by the Union of Concerned Scientists (UCS) and Science magazine show how Brazil’s success has been the result of advances in technology as well as the collective effort of government, business and civil society. The following article was published in the September-October 2014 NewsNotes.

President Fernando Henrique Cardoso began the efforts in the late 1990s by expanding the amount of land set aside as protected areas. Today, 50 percent of the Amazon is protected with 50 percent of that land classified as indigenous reserves. But it was during the administration of Luiz Inácio "Lula" da Silva that deforestation rates began to plummet.

Lula’s success at reducing poverty rates and greatly expanding the middle class provided the political space to take on the difficult task of reducing deforestation, a task that requires taking on strong agriculture and ranching lobbies. Many Brazilians no longer saw the destruction of the Amazon as a necessary evil to address the social and economic problems of the country.

Environmental organizations provided an important impetus in 2006 with Greenpeace’s release of "Eating up the Amazon," an exposé of the soybean industry and its links to deforestation, global warming and slave labor. As the UCS explains, "[w]ithin weeks [of the release of the report], the soy industry responded through its two main trade associations, the Brazilian Association of Vegetable Oil Industries and the National Association of Cereal Exporters. They declared a moratorium on deforestation, pledging not to buy any soybeans produced on Amazon lands that were deforested after June 24, 2006." Even with record high soy prices, satellites showed there was no additional deforesting to grow the crop, yet overall soy production increased 50 percent between 1996 and 2005 by increasing yields per hectare and planting more frequently during the year.

In 2008 the federal government began an interesting and effective sort of collective punishment to pressure farmers to stop cutting down trees. If a certain area, about the size of a county in the U.S., was found to have deforestation rates above a defined threshold, then no farmer in that entire county would have access to cheaper lines of credit from the government. This created significant peer pressure among farmers to stop cutting down trees.

A dynamic similar to the soy moratorium occurred with cattle ranchers in 2009 when Greenpeace and Amigos da Terra released two studies connecting the spread of cattle pastures and Amazon deforestation. While not reacting as quickly as soy producers, after more pressure from international financiers and national and state governments, slaughterhouses did eventually agree to only buy meat from registered ranchers. This registration required ranchers to give the GPS coordinates of their land holdings so as to be able to be monitored by satellite. Ranchers who cut down trees illegally had their registrations rescinded.

Improved satellite technologies have been essential in Brazil’s efforts to decrease deforestation. By overlaying satellite pictures of where deforestation is occurring with maps of land ownership, the government and civil society are able to see who is responsible for the destruction. Regulators are now able to scan territories in real time so as to be able to quickly respond when someone is cutting down or burning parts of the forest.

While Brazil’s successes have been significant, there is no guarantee that the success will continue. Confident after so many advances, the government made a commitment in 2009 to reduce deforestation in the Amazon by 80 percent by the year 2020, compared to the average between 1996 and 2005. Since making that commitment, deforestation rates continued to fall slowly until 2013 when there was a surprising 28 percent leap in deforestation rates.

It is unclear if these changes were the main cause of the increase in deforestation, but they are being challenged in court by an independent public defender’s office claiming that many of the changes in the law infringe the Brazilian Constitution. Regardless of how that case is settled, the story of Brazil’s success in reducing deforestation shows that everyone must act to help; no one should wait for another to act.