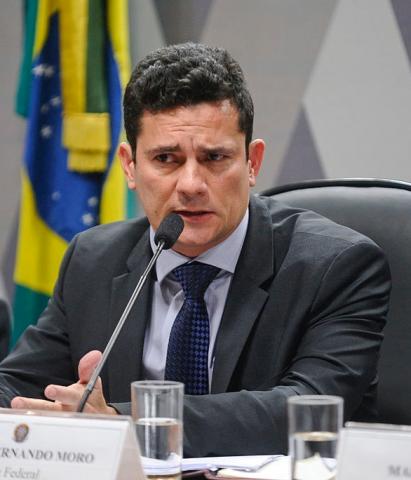 The economic consequences of the Car Wash corruption scandal match the far-reaching political turmoil that continues to overshadow Brazil. This article was published in the May-June 2021 issue of NewsNotes.

Most press coverage in Brazil of the long-running corruption scandal involving the energy corporation Petrobras, commonly known as the Car Wash scandal, has followed an overarching story that reads like a telenovela.

A headstrong judge (Sergio Moro) and group of prosecutors take on corruption in a serious way, leading to the arrest of numerous corporate and political leaders, guilty of paying and receiving bribes to secure contracts, including former president Luis Inacio “Lula” da Silva, months before the presidential election, with polls showing that he would likely win by a large margin. This opens the way for a controversial candidate, Jair Bolsonaro, to win the presidency. One of his first acts as president is to place Judge Moro at the head of a new “super” Ministry of Justice with accentuated powers.

When Lula began a nine-year prison sentence in April 2018, the saga appeared to be over. But beginning in June 2019, The Intercept and other media outlets released hacked chat messages between Judge Moro and the team of prosecutors showing that Moro was far from impartial and had worked together with the prosecutors to find Lula guilty.

Now fortunes are reversed, with Lula released from prison and able to run for office once again in the 2022 election, and Moro facing possible consequences for his misconduct. As one Supreme Court justice noted, the world’s largest anti-corruption investigation has become the biggest judicial scandal.

Yet this telling of the story overlooks two important details of the investigations: the disastrous economic consequences for Brazil and the heavy hand of the United States throughout the process.
In the aftermath of the scandal, rather than just prosecuting the company directors involved in corruption, many of the companies were forced to shut down entirely. This led to significant economic losses for the Brazilian economy.

While prosecutors have bragged about the R$4.3b (approximately U.S. $1.5b) that they were able return to government coffers, this is a small fraction of the economic losses brought on Brazil by their actions. A recent study by the Inter-union Department of Statistics and Socioeconomic Studies (DIEESE) shows that, between 2014 and 2017, the crucial period of the scandal, Brazil lost R$172b (approx. U.S. $57b) in investments and 4.4 million jobs vanished as projects were shut down around the world.

Paolo Cayres, president of the National Federation of Metalworkers, estimates that for every person imprisoned in the Car Wash investigative process, 22,000 jobs were lost. While few of these jobs have returned, not one of those found guilty of corruption is still in jail, and only a handful are under house arrest. As political scientist William Nozaki summarized, “In practice, businessmen are under house arrest, in luxury apartments and condominiums, and companies are prevented from entering into contracts and carrying out international operations.”

Additionally, internal U.S. documents released by Wikileaks and exposés by Le Monde, The Intercept, and Agência Publica have described the United States’ heavy-handed involvement throughout the investigations. In 2007, Judge Moro began regular relations with U.S. investigative counterparts that continue today, when the U.S. embassy was looking to create a network of local experts able to defend U.S. positions “without appearing to be pawns” of Washington, as Ambassador Clifford Sobel wrote in one diplomatic cable. Moro has participated in numerous events hosted by the U.S. government that have brought together investigators from across Brazil as well as various Latin American countries.

Some shocking realities were revealed in the exposés regarding this collaboration. Chat records between Judge Moro and the prosecutors show that they worked very closely with the Federal Bureau of Investigations, Department of Justice (DOJ), Central Intelligence Agency and other U.S. agencies, communicating almost exclusively outside of official channels, seemingly to keep their meetings hidden from the Brazilian Justice Ministry. The lead prosecutor joked with another that the arrest of Lula was a “present from the CIA.” The DOJ attempted to funnel a large part of the recovered money into a fund to be controlled by the Car Wash prosecutors, but the Supreme Court declared the fund illegal and the money was redirected into public coffers.

Looking at the overall results of the Car Wash scandal investigations, it is understandable that some consider it to be a good example of “lawfare,” the strategic use of the law with the purpose of delegitimizing an enemy.

What was once a hopeful project meant to transform corrupt systems has left a tragic legacy of lost jobs, industries destroyed, and impunity for corrupt officials.