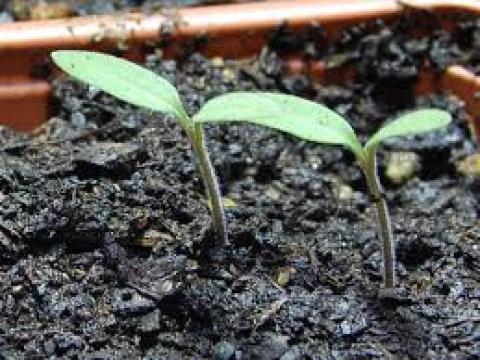 The following article appeared in the January-February 2014 issue of NewsNotes.

Thanks to the rapid response of tens of thousands of people around the world, Brazil’s Congress has shelved deliberation on the legalization of genetically modified "Terminator" seeds, so named because they are sterile; unlike natural seeds, they do not reproduce themselves. Terminator seeds represent a real threat to global food security; in 2000, 193 countries signed a global moratorium on the production of, or even experimentation with, terminator seeds.

Terminator seeds are considered dangerous for a variety of reasons. Farmers who use them are no longer able to plant seeds from previous harvests, forcing them to buy new seeds each year. Seed companies have testified in court that there is no way to avoid cross-pollination where a terminator seed crosses with a regular plant to give it terminator traits. As plant diversity decreases, the risk of plagues that could wipe out huge swaths of global food production increases.

"More ominously," according to the ETC Group (formerly known as the Erosion, Technology and Concentration Group), "Terminator is fundamentally a ground-shifting market strategy. If major seed companies are allowed to use Terminator technologies they will immediately transfer all of their plant breeding research onto the suicide seed platform which affords them anywhere from two to four times the profitability of non-Terminator seeds. With the incentive of windfall profits, the multinationals will use every resource at their command to persuade government regulators to accept Terminator varieties and will quietly withdraw less-profitable, non-Terminator varieties from the market, leaving both farmers and countries stranded with only the Terminator option. Terminator profoundly transforms the economic and political dynamics of global plant breeding."

This is especially problematic as these markets are already incredibly concentrated. ETC Group’s research shows that only six multinational corporations (Monsanto, DuPont, Syngenta, Bayer, Dow, and BASF) control 75 percent of all private sector plant breeding research, 60 percent of the commercial seed market and 76 percent of global agrochemical sales. Allowing terminator technology would surely result in even higher levels of concentration.

The Committee for Constitution, Justice and Citizenship in Brazil’s Congress was considering the bill to legalize terminator seeds when a coalition of mostly farmer and environmental organizations organized a global petition calling for the bill’s removal. After two days, the coalition had collected more than 35,000 signatures from dozens of countries. In the Committee’s session the following day, the petition was used to show the strong international opposition to the idea. The committee’s chair removed the bill from consideration and said he would not bring it up again as long as he is chair.

"This is a momentous day for the 1.4 billion poor people worldwide, who depend on farmer saved seeds," said Francisca Rodriguez of Via Campesina, a movement of peasant farmers. "Terminator seeds are a weapon of mass destruction and an assault on our food sovereignty." Even with this win, activists will continue to monitor the situation; although Brazil’s Congress stopped debate on one proposed law, two others are being considered that could also lead to the approval of terminator seeds. In addition the topic surely will be discussed at the next meeting of the UN Convention on Biodiversity in Korea in October 2014. "Brazil is the frontline. If the agro-industry breaks the moratorium here, they’ll break it everywhere," said Maria José Guazzelli of Centro Ecológico, part of the coalition that created the petition.