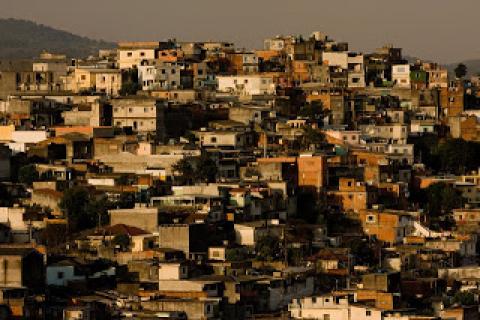 The following update was provided by Maryknoll Fr. Dan McLaughlin and was published in the November-December 2012 NewsNotes.

On October 28, residents of São Paulo, Brazil’s largest city and its financial capital, elected Fernando Haddad of the Workers Party as mayor.

Brazilian political campaigns, much like their counterparts in the U.S., can be very negative and weak on specific policy suggestions. However, this year, a small group from the Archdiocese of São Paulo decided that the candidates for mayor should better understand the issues and problems that affect many of the city’s poorest, most marginalized residents.

Fr. Dan McLaughlin lives and works in the northern Brasilandia area of São Paulo, a peripheral, poor area where 812,000 of the city’s 11 million residents live. Here the archdiocese has a number of social committees, including the 12-member Faith and Politics Pastoral group that meets monthly.

In mid-2011, the Pastoral’s members began to reflect on the upcoming mayoral election, and decided to invite the candidates for a debate which would take place in August 2012. The group began a process to name the concerns of the people of this sector of the city. After many months of discussion, meetings and research, the Faith and Politics Pastoral, in union with different movements and stakeholder groups, agreed on the following major issues: health, education, environment, violence, housing, and public transportation.

A written invitation was sent to the 12 candidates for mayor, signed by the auxiliary bishop of the region of Brasilandia, along with the signatures of the coordinators of the social pastorals, the Base Christian Communities and the Faith and Politics Pastoral. Six candidates accepted the invitation to the debate; Haddad excused himself and sent a representative in his place; and five did not respond.

A PowerPoint presentation on the reality of Brasilandia was sent, along with the proposals on the six topics of concern, to the candidates. On August 11, more than 300 people attended the event. The success of the debate gives hope that the community will continue to actively engage in the political process, and that politicians will remember that they represent all residents of their regions/cities.