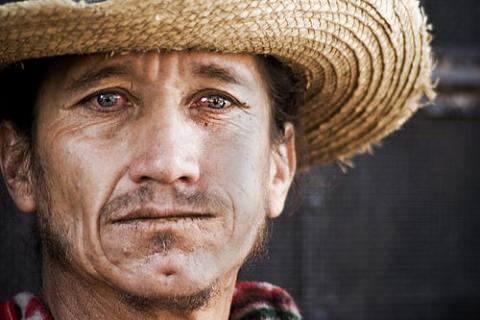 New policies in both Brazil and Bolivia have the potential to negatively impact indigenous communities, especially communities in isolation, and contribute to climate change and biodiversity loss. The following article was published in the September-October 2017 issue of NewsNotes.

In July and August, both Brazil and Bolivia’s presidents, Michel Temer and Evo Morales respectively, changed laws affecting environmental protections and indigenous land rights. While coming from different political orientations, both leaders pushed for these policies for their own personal political and electoral gains.

On July 19 in Brazil, President Temer accepted the Attorney General’s recommendation that only communities physically present on their land since 1988, when the new constitution went into effect, would have their territories recognized (referred to as marco temporal). This deadline is controversial. The new constitution was established just three years after 21 years of dictatorship. Indigenous peoples were violently forced from their land during the dictatorship and many were not physically present in their territory when the new constitution went into force. Because the constitution does not say that indigenous land recognition starts in 1988, many critics say this new policy is unconstitutional. The Brazilian Supreme Court is scheduled to hear a case soon which may address this.

This new policy could lead to a reassessment of more than 700 cases and the dismissal of 90 percent of ongoing indigenous territory land claims. It could also prevent indigenous communities from expanding their currently recognized indigenous territories to include land grabbed by the dictatorship years ago.

When indigenous and pastoral leaders from the Amazon region came to Washington D.C. with the PanAmazon Ecclesial Network (REPAM) in March, Jaminawa leader Rosildo da Silva spoke about other indigenous groups near the Jaminawa territory who were still in the process of having their land rights recognized and not yet afforded the right to free prior and informed consultation on new development projects.

The Mongabay Times, a non-profit online news source reporting on conservation and environmental science, has reported on a “storm” of public protests since the July 19 announcement and other actions President Temer has taken in indigenous territories without indigenous consent: the approval of construction of “strategic” public works, such as dams and roads; a new bill authorizing the opening up 1,347 square miles of the Jamanxim National Forest in the Amazon to logging, ranching, farming and mining; and, on August 23, the opening of the National Reserve of Copper and its Associates (RENCA) – a territory the size of Denmark – to mining operations for copper, gold, diamonds, and other minerals.

RENCA contains nine protected areas, including three with full protection. It encompasses the Waãpi and Rio Paru D'Este indigenous territories. Cardinal Cláudio Hummes, along with the Catholic Bishops conference of Brazil and the Latin America and the Caribbean (CELAM), strongly denounced the opening of the reserve and criticize the government for only consulting mining officials and not considering the irreparable loss of biodiversity and harm to traditional peoples in the area. On August 30, a federal judge agreed and blocked the government’s plan.

In May, a Parliamentary Inquiry Commission into fraudulent titling of indigenous lands recommended that church leaders, anthropologists, and others supporting the rights of indigenous people be investigated.

The Temer administration promotes anti-indigenous and anti-environmental actions to earn the support of ruralistas, rural politicians and landowners who hope to expand agrarian activities in the Amazon. President Temer needed their support to narrowly defeat corruption charges in a vote in Congress on August 2. He will continue to need their support to strengthen his embattled re-election bid.

One hopeful development is the Brazilian Supreme Court’s recent ruling in favor of indigenous communities and rejection of some parts of the marco temporal in a legal action by the state of Matto Grosso against the federal government. The state was seeking payment for land which the federal government took from the state and returned to indigenous communities. In two separate rulings, the Supreme Court ruled that overwhelming evidence demonstrates that the lands were traditional indigenous territories and that any other claim to rights or compensation by government officials is null. This case is a victory for the Nambiquara and Parecis people.

A third case, involving the state of Rio Grande do Sul, will likely be decided in September. If the court rules in favor of indigenous communities again, it will validate the courts as important checks on this controversial marco temporal policy.

In Bolivia, six years after massive protests stopped plans for a proposed highway through the TIPNIS, Bolivian President Evo Morales has enacted a new law – which the Movement Towards Socialism (MAS) party shepherded through Congress – to strike down protections for the Isiboro Secure Indigenous Territory and National Park (TIPNIS) and open it up to “economic activities.” Bolivia established the Jamaica-sized park in 1965 and designated areas of it as indigenous territory for the Moxeños, Yurakarés and Chimanes indigenous people in 1990.

The main vehicle for the economic activities is a highway through the TIPNIS to connect the Amazon and Andean regions from Cochabamba in the highlands to the lowland Beni department. Earth Rights International, an NGO providing legal counsel to the TIPNIS indigenous communities, says it is part of the Brazilian-led Initiative for the Regional Integration of South America, a vast network of 531 mega-projects including hydroelectric dams, highways, bridges, and electrical power systems.

When President Morales first approved construction of the highway in 2011, after already securing a contract with a Bolivian company to build it, he was met with a massive march and protest from the lowland Beni department to highland Cochabamba. After police violently oppressed the protest and injured nearly 70, President Morales reneged on the permit and put an “untouchable” status in place for the indigenous communities and rich biodiversity. Now, this status has been overturned and once again the TIPNIS is President Morales’ political football.

The Catholic Church has been a consistent advocate for TIPNIS and its communities. Both the Bolivian Catholic Bishops Conference and REPAM expressed their profound concern regarding the August legislation. Also, Caritas Bolivia and the Permanent Assembly for Human Rights conducted an independent study on the government’s 2011 consultation process which concluded that the process was not conducted freely, with prior notice and sufficient and transparent information, nor in good faith.

Bishop Eugenio Coter, REPAM Bolivia’s coordinator, told Catholic News Service, “Knowing that the TIPNIS indigenous communities have rejected the highway, the government is imposing itself over the will of the people who live in the territory.”

Once built, the highway will allow private companies and individuals to conduct ranching, logging, mining, and gas and oil exploitation. Already, French, Brazilian, and Spanish oil companies have project permits.

More importantly, it will open up the TIPNIS to additional coca cultivation. Not only will coca crops cause deforestation, they will also poison the land with pesticides. Already, the Administration has given nearby land to coca growers and the deforestation is noticeable.

On August 30, the Maryknoll Latin America Mission Center in Cochabamba hosted a public dialogue on the TIPNIS. A few weeks earlier, the Archdiocese of Cochabamba hosted a forum on Chinese investments in Latin America. Yale University says that the road would likely be a major transport route for moving Brazilian soybeans to Pacific ports for shipment to China.

Emily Achtenberg, a journalist for the North American Congress on Latin America, has reported that, while President Morales claims that opening up the TIPNIS will benefit indigenous people, critics say that only communities nearest the highway will benefit. Such promises made by the government to these communities in the past never materialized.

REPAM says that activities in the TIPNIS will lead to cultural losses for all the communities in the park. The road will pass right through the Chinam indigenous territory, home to a community that lives in voluntary isolation. The TIPNIS activities would result in an ethnocide and trample their right to self-determination.

The TIPNIS development is important as Bolivia approaches the 2019 elections. Achtenberg claims that the TIPNIS decision is a final break of the unity coalition that brought Morales to power. Coca growers and a growing highland indigenous small business class are key constituencies for Morales if he runs again in 2019. In 2016, he lost a constitutional referendum vote for a fourth term.

As reported in The Guardian, “Bolivia’s constitution only allows two consecutive terms in office. He had sought to raise it to three straight terms. While this next election would be for his fourth, the constitutional tribunal has ruled his first term in office does not count since Morales did not complete the full five-year term. This is because in 2009 the government changed the constitution to make Bolivia a plurinational state instead of a republic.”

MAS already declared Morales their 2019 candidate. It is still an open question whether or not he will win, which is why shoring up his base is so important.

Photo: Protester for protecting the TIPNIS in 2012, by Daniel Vera/ Flickr.