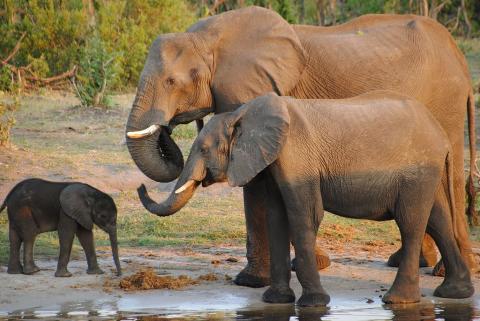 On September 4, 2018, international news agencies reported nearly 90 elephants found recently dead and stripped of their tusks near the Okavango Delta wildlife sanctuary in Botswana. In response, the Maryknoll Office for Global Concerns sent the following letter to the Embassy of the Republic of Botswana in Washington, D.C.

Read the PDF version of the letter

I am writing to you today concerning reports in the international press of nearly 90 elephants found recently dead and stripped of their tusks near the Okavango Delta wildlife sanctuary. As representative of three Catholic missionary organizations, the Maryknoll Sisters, Maryknoll Fathers and Brothers, and Maryknoll Lay Missioners, each with missionaries who have lived and worked in countries in East Africa for decades, I am greatly concerned about the urgent need for greater protection of these majestic animals.

According to Elephants Without Borders, which is conducting an aerial survey, the scale of poaching deaths is the largest seen in Africa. Until now, Botswana has been a safe haven for elephant herds from neighboring, strife-torn Angola and Namibia, where the animals were used as target practice and their tusks sold for weapons.

Pope Francis noted in Laudato Si’, his encyclical on the environment, that “our indifference or cruelty towards fellow creatures of this world sooner or later affects the treatment we mete out to other human beings. We have only one heart, and the same wretchedness which leads us to mistreat an animal will not be long in showing itself in our relationships with other people. Every act of cruelty towards any creature is ‘contrary to human dignity’.”

It is contrary to human dignity to cause animals to suffer or die needlessly. History shows us that, without protections, an unrestrained market will ignore and even reward the violent marginalization of inconvenient populations, both human and non-human.

Botswana is the last great bastion of Africa’s vanishing elephants. This moment of crisis is an opportunity for Botswana to show resolute leadership and to continue on a conservation course that rejects the cruel and short-sighted killing of wild animals. On behalf of Maryknoll missioners throughout Africa and the world, I ask that the government of Botswana take action to protect the elephant.