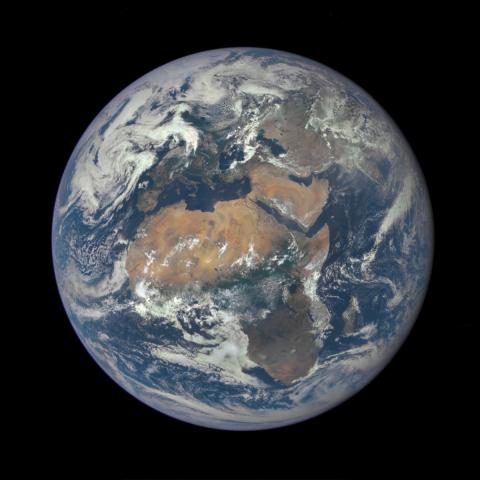 As Donald Trump begins his U.S. presidency, many in Washington, Dar es Salaam, and Harare can only speculate on what direction the new president will take in regard to Africa. Maryknoll Father Dave Schwinghamer wrote the following article published in the January-February 2017 issue of NewsNotes.

In a recent trip to Tanzania and Zimbabwe I was repeatedly asked who I thought would win the U.S. presidential election. Like many other Americans, I was surprised that my answer was mistaken.

We know very little of Trumps plans for U.S. policy toward Africa. A key indicator of Trump policy orientation will come about when he appoints the Assistant Secretary of State for African Affairs. So far no names have surfaced for this important position.

A key question for the incoming administration is: to what extent will Trump deviate from the present trajectory of US foreign policy?  Under the previous three American presidents a consensus emerged that Africa was a continent of “rising stakes” and emerging opportunities for American investors.

Indeed trade agreements and investment activities now seem to dominate U.S. policy towards Africa. Even though Africa currently represents only 3 percent of all global trade, during the next five years sub-Saharan Africa’s GDP is forecast to grow 30 percent faster than the rest of the world. This growth underlies the reason why Congress has not only renewed the Africa Growth and Opportunity Act for another ten years, but also seeks to expand U.S. business ties throughout Africa. Already officials in the Office of the U.S. Trade Representative believe that deeper trade and investment ties with Africa will lead to an expansion of markets for U.S. exports.  Some think Trump may be interested in modifying the AGOA treaty to include reciprocity provisions.

There are various conflicting theories on the possible direction or orientation Trump’s foreign policy. He might adopt a hawkish Cold War stance towards terrorism and promote military security over humanitarian aid. If he takes an isolationist approach toward humanitarian aid this could have a huge impact on health programs such as PEPFAR. About a third of American foreign aid is directed to health programs, and much of that in Africa. Any reduction in American foreign aid will have far-reaching effects on health outcomes on the continent.

President Trump has implied through tweets that he plans to deviate from the overall policies of President Obama, who visited Africa twice as president. Instead of calling for strong institutions rather than strong men, Trump may admire and work with authoritarian African leaders, like he proposes to do with Putin in Russia and Duterte in the Philippines.

Possibly most worrisome for African nations is President Trump’s perspective on climate change. Some believe that Trump will support the extractive industries’ global scramble for gas, oil and coal. The appointment of the head of the world’s largest oil company, Exxon, as Secretary of State would affirm this concern. Threatening to pull out of the Paris climate agreement is another campaign promise that Trump may follow through on once he is sworn in. If he keeps his promise to cut billions of climate change spending, African countries will suffer major setbacks in the attempt to mitigate the effects of climate change. Already the continent is warming at 1.5 times faster than the rest of the world.

Other questions about the President Trump’s policy towards Africa remain unanswered. Will he support peacekeeping efforts underway in the Democratic Republic of the Congo and Somalia? Will he defend human rights in Ethiopia and oil-dependent Angola? How will he relate to international NGOs critical of his policy in Africa? Will he sustain the partnership relationships with African leaders initiated by his predecessor? Will he resist the inroads China has made in Africa? We expect some answers once we know who he taps for Assistant Secretary of State for African Affairs.

Photo: The African continent by NASA.