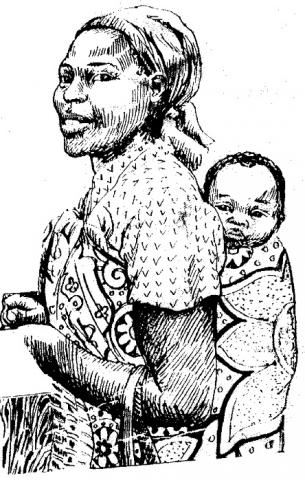 On January 31 several news organizations reported the African Union (AU) had agreed to a strategy of mass withdrawal from the International Criminal Court. The following analysis by Maryknoll Father Dave Schwinghamer was published in the March-April 2017 issue of NewsNotes.

In February, Human Rights Watch published on its website a draft document that outlines a strategy for a collective exodus of all 55 countries on the African continent from the International Criminal Court (ICC). The document was circulated among African members of the ICC prior to the 28th African Union Summit in Addis Ababa at the beginning of February.

According to Human Rights Watch, sources close to the Summit believe this draft reflects the text of the Summit’s final decision. The reality of what happened at the Summit may be more than meets the eye.

The Coalition for the International Criminal Court suggests that “while the African Union did adopt an ‘ICC Withdrawal Strategy,’ the decision is less conclusive than its title suggests and does not recommend mass withdrawal.”

The African Union itself is not a member of the ICC and several AU members, including Tanzania and Nigeria, opposed a withdrawal strategy.

What are the events that led up to this controversial decision and why has the relationship between the ICC and the African Union become so contentious?

Since coming into force in 2002, the ICC has grown to 123 member nations. With 34 member states, Africa makes up the largest regional block of this international tribunal. Indeed, most of the court’s activities are in Africa.  Of the 10 “situations” around the world where the ICC has opened investigations 9 of them are in Africa.

All of the 39 people publicly indicted by the ICC are Africans. Twenty five of them are now on trial.  The few members of the African Union advocating withdrawal – South Africa, Kenya, Burundi and Gabon – sometimes cite these facts as an indication of the court’s bias against Africans. Yet African nations themselves have submitted several of these cases to the court.

In February 2009, the AU Assembly called on the UN Security Council to defer the process against Omar el- Bashir because they felt it undermined efforts to bring peace in Darfur. Nevertheless, the ICC issued an arrest warrant on March 4 of that year for President Omar al-Bashir of Sudan for five counts of crimes against humanity.

The backlash against the ICC reached a new level of intensity in 2013, when then-ICC suspects Uhuru Kenyatta and William Ruto were elected president and deputy president of Kenya, respectively. The AU had lobbied repeatedly for dropping charges against both men despite the fact that according to article 27, the ICC’s statutes apply equally to all, without any distinction based on official capacity, in particular, official capacity as a Head of State or Government.

By June 2015, the AU decided to form the “Open-Ended Ministerial Committee on the ICC”  to help implement various decisions of the AU Assembly relating to the ICC,  to follow up on the AU’s request for suspension of proceedings against Al-Bashir, and to develop strategies for collective withdrawal. When the government of South Africa refused to arrest Bashir during a June, 2015 visit to Pretoria, the ICC adopted a “Draft Action Plan for Arrest Strategy” that called for the use of UN peacekeepers to make arrests.  The Peace and Security Council of the African Union promptly called on African leaders to reject this plan.

Throughout 2016 the committee continued to develop a comprehensive plan toward the ICC with the focus on a collective withdrawal strategy.   By January, 2017 the Committee’s “Draft 2: Withdrawal Strategy” document was ready for submission to the 28th Summit. Its contents represent a synthesis of the anti-ICC strain in the AU that focuses on the issues of selectivity and inequality as well as a perceived imbalance in the international decision-making process as best seen in the decisions of the UN Security Council that have been construed by AU members as a double standard against African states.

Some African supporters of the ICC see the ICC as a valuable complement to national judicial systems that in the end, strengthens the rule of law. The fact that most of the African cases before the ICC were submitted by African states affirms this belief. The pro- ICC supporters also point out there is no evidence that human rights situations in Africa have improved or that governments have become more accountable and that there is no robust mechanism to replace the ICC.

It is important to note that the U.S. is not a member of the ICC because the Senate has not ratified the Rome Treaty that established the International Criminal Court.