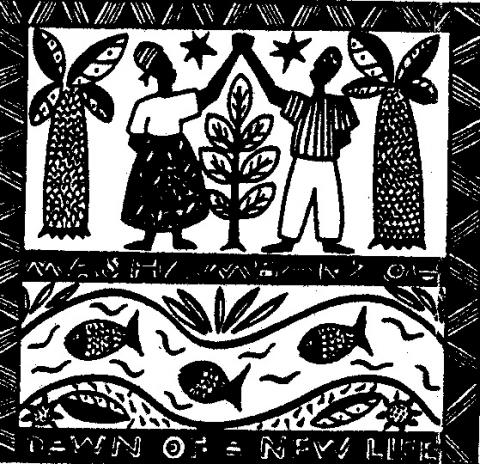 Fr. Frank Breen, MM, attended a panel at the United Nations on the increasing trade and use of illicit drugs on the continent of Africa. The following is his summary of the new research presented at the event. The following article was published in the March-April 2020 issue of NewsNotes.

New research by international organizations demonstrates the increasing problem of illegal drug trafficking and use in the continent of Africa. Representatives from ENACT (Enhancing Africa’s Response to Transnational Organized Crime), an organization funded by the European Union, explained that the “looming drug crisis” is fueled by existing socio-political problems such as corruption, poverty, and organized crime. These analysts predict that illegal drug trade and use will continue to increase and are working to design and implement better drug policy to combat this trend.

Based on research for a new report, the “Organized Crime Index: 2019,” the representatives from ENACT stated that the drug trade in Africa is widespread and rapidly growing, with political and economic repercussions. The presence of illegal addictive substances is now an important focus of policy for many countries on the African continent.

As use has increased, however, countries which already struggle to improve governance and reduce corruption have limited capacity to address the problems the drug trade poses for public health and law enforcement. Many governments have pursued criminal justice as a response to this growing problem, including for low-level offenses such as possession, rather than providing care and rehabilitation for those with addictions. The lack of capacity of governments and their law enforcement branches has resulted in a significant growth in organized crime, and in the insertion of foreign organized crime syndicates on the continent.

INTERPOL, or the International Criminal Police Organization, has identified specific trade routes into and through the African continent for different drugs. In general, cocaine comes in to West Africa from Latin America and then on to Europe. Heroin is traded from Afghanistan to East and Southern Africa, from where it is transported to Europe and West Africa. Synthetic drugs are traded through central and north Africa. Drug use in Africa has grown in part due to over-production in Latin America and Asia, which led drug traffickers to look for a new market in Africa.

The presenters stated that poverty is one of the factors in growth in the drug trade; poor youth from urban slums see the sale of drugs as a way to make money when they have few other opportunities. Political corruption is another prime element in the drug trade on the African continent: criminal gangs fund political campaigns and directly bribe politicians, who then ignore the growing abuse of drugs despite the harm it is doing.

The panel said that other factors that hamper discovery and control of the drug trade in various cities are successive changes in the ports of entry of drugs into the continent and the use of legitimate enterprises to import drugs. Pharmaceutical companies and used-car enterprises have been known to import drugs in packaging of legitimate products. In addition, known organized crime syndicates from Europe, West Africa, and Latin America have moved into Africa.

The presenters named African fragmentation as another obstacle to a continent-wide response to the trafficking of drugs by transnational gangs. There is no one African position on sale and use of drugs and some countries have even liberalized their policies. The presenters said that meanwhile, the number of drug users in West Africa has tripled since the beginning of the century, and that in Cape Town, South Africa, heroin supply has risen so dramatically that the price is half what it was. They noted that in West Africa, the increasing rate of urbanization is directly linked to the increase in drug use. By 2050, West Africa will be 70 percent urban, with 44 percent living in extreme poverty. Even in comparison to the negative predictions about illegal drug use in West Africa, over the next few decades East Africa is projected to have the sharpest increase in the share of its population using illegal substances.

To combat this epidemic, ENACT is operating training courses in Africa in Criminal Intelligence Analysis to equip junior analysts with concepts, techniques and a practical manual to collect intelligence, often without use of a computer. In three years they have offered 18 courses, training 335 officers from 49 countries and they have likewise trained and certified 50 officers from 18 countries in an Instructor Course. The presenters also highlighted the need for local community groups to be much more involved, in observing what is happening in their neighborhoods and taking action to exclude drug sellers. Coordinated effort at every level is necessary to combat this growing problem.