Africa: A continent on the rise 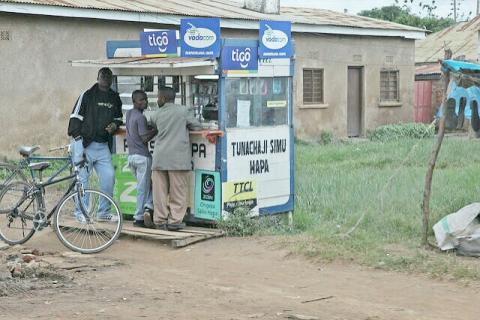 The following article, published in the March-April 2016 issue of NewsNotes, describes eight positive trends on the African continent.

News about Africa often falls into the negative categories of war, famine and disease. There are, however, positive developments that present a different picture of contemporary life in the 54 nations of the world’s fastest growing continent. Below are eight such trends.

Democratic elections are becoming ordinary: In 2015 sixteen countries in Africa held national elections including Nigeria, the continent’s most populous nation. According to Nii Akuetteh, a well-known Ghanaian-American commentator, “… Nigeria’s recent embrace of democracy and Jonathan’s classy role define Africa’s most important—and uplifting—story of 2015.”

Intra-African trade is expanding: Last June twenty-six African nations formed the Tripartite Free Trade Area (TFTA). TFTA is considered by regional policymakers and some analysts to be a game changer for the African trading system and the more than  a half billion citizens of the member states. Indeed, the deal is expected to be the launching pad for the establishment of the even more ambitious Continental Free Trade Area that is expected to cover all of Africa.

Remittances exceed foreign aid: According to the International Fund for Agriculture Development,  the remittance flows to and within the continent reach $40 billion per year. But most remittances are informal and impossible to track so the absolute amount is probably much higher. According to Hong Kong-based Ghanaian academic Adams Bodomo, Africans living outside the continent send more money home to their families than is sent by traditional Western aid donors in what is called Official Development Assistance (ODA).

Ebola has been brought under control: According to the WHO, Africa as a whole is now clear of the killer Ebola virus. As of January 14, 2016, the number of Ebola cases stood at 28,637. Worldwide 11,315 deaths from Ebola have been reported.

The African Union has a plan for Infrastructure expansion: In January 2012, the Africa Union put in place its “Plan for Infrastructure Develop in Africa,” (PIDA). This ambitious program aims to develop a strategic framework to provide a solid base for prioritizing, harmonizing, financing, and implementing effective regional and continental infrastructure projects. The objective of PIDA is to accelerate the implementation of regional and continental infrastructure by 2040. Energy, transport, information and communication technologies (ICT) and trans-boundary water resources are the main infrastructure components that will be put in place.

Cell phones proliferate and stimulate banking: In Tanzania, for example, 73 percent of adults own a cell phone and in Kenya, 61 percent of mobile owners use their device to transfer money. In Malawi, 90 percent of the rural areas have some form of mobile phone coverage that is second generation (2G) of technology for the Global System for Mobile Communications (GSM), the world’s most prolific mobile phone standard.