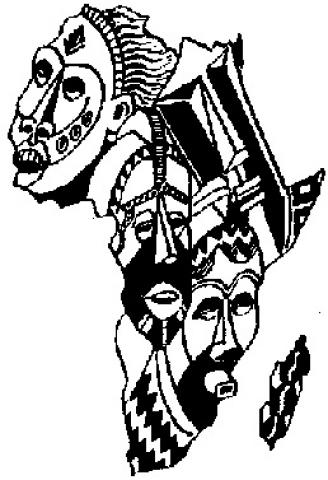 Just prior to the arrival of Pope Francis for his first pastoral visit to Kenya, a network of Catholic justice and peace organizations met in Limura, Kenya, for a major conference on land grabbing and just governance in Africa. The following article was published in the January-February 2016 issue of NewsNotes.

Land grabbing is most often described as the acquisition of large areas of land by international firms, governments, or individuals. Land grabs have increased since 2008, when the worldwide spike in food prices prompted investors to look more toward the Global South, particularly Africa, for land to produce food and biofuel for export. This is a growing concern in Africa. Pope Francis referenced land, along with labor and lodging, in a speech he gave in Nairobi in November.

“A new scramble for Africa akin to the frenzy that followed the Berlin conference of 1885 and the partitioning and colonization of Africa is on; farmlands and minerals are the biggest attraction. The increasing discourse of land scarcity, the rising cost of food and the growing demand for biofuel and mineral resources have enticed multinational corporations to engage in shady land deals in developing countries. The finance industry now turns to farmlands for high returns on their investments. There seems to be a systematic takeover of natural resources from developing countries as part of global restructuring to ensure continuous supply of goods and raw materials needed in the developed countries.

“We are witnessing the biggest land grab in modern history. A report by The Guardian and data from Land Matrix, Global Land Project, Oakland Institute, GRAIN, and several other sources paint a grim picture of tens of millions of hectares of land grabbed from the developing countries for pennies through shady deals. As of June 2012 about 227 million of hectares (876,000 square miles) of land – the equivalent land area of California, Oregon, Washington, and the eastern U.S. states stretching from Maine to Florida, plus Wisconsin, Illinois, West Virginia and the District of Columbia – have been grabbed from developing countries through shady deals that dispossess the people of their land, their livelihood and their identity and drive them further into poverty.

“According to a 2011 publication by NuWire Investor, one hectare (2.47 acres) of land costs $32,000 in the U.S.; whereas foreign investors grab it for less than the price of Starbucks coffee in Africa. The deals are sealed for 39-99 years between investors and African political leaders who discard the wisdom of their ancestors: We who are alive now do not inherit the land from our ancestors; we borrow it from our children and mortgage the resources of future generations for a bowl of soup. Investors and their collaborators act with impunity; they violate the rights of the local people and relocate them to reservations, threaten their livelihoods and that of future generations. Some interfere with water supply sources and destroy the ecological system. Sound familiar?

“Like the purported reasons paraded by the chieftains of the 19th century scramble for Africa (commerce, liberation and civilization), the chieftains of the new scramble peddle enticing noble reasons for dispossessing African people of their land: increasing food production, creating jobs and improving their standards of living. They, in their infinite wisdom, know what is good for Africa and their magnanimity in designing a better life for the African people knows no bounds. But history has repeatedly revealed the hidden agenda behind these claims.

“Recall the scramble for Africa following the Berlin conference of 1985, Australia and the Aborigines, and South Africa under apartheid. This is a déjà vu. This time it is more intense, with more exploiter-participants and achieved through devious legal contracts. Is this designing a better life for Africa or a design to ensure Africa’s continuous assistance to the developed world?”