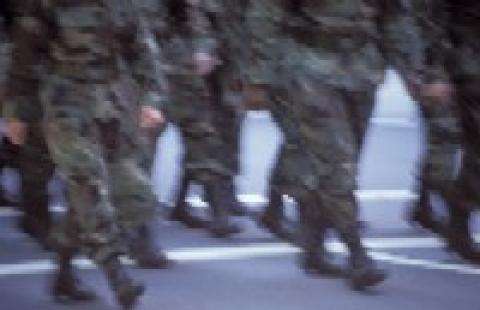 In late June, the Maryknoll Office for Global Concerns joined with other colleagues in signing the letter below to the U.S. Senate; it asks the Senate to reconsider the increasingly militarized relationship the U.S. has been fostering with African nations. In the next few weeks we might learn more about the recent resignation of Scott Gration from his position as U.S. ambassador to Kenya; initial analysis points to Gration's preference for a more conciliatory tone led to disagreements with the administration's larger plan for the region.

From the July-August 2012 NewsNotes

We write to urge you to resist the growing militarization of U.S. aid and policy toward Africa. Recent appropriations and policies reflect an increasing focus on both regional and bilateral military operations and assistance. In anticipation of the FY 2013 National Defense Authorization Act (NDAA) reaching the Senate floor, we ask that you oppose this detrimental approach that threatens to undermine African efforts toward stability and long-term peace.

In the House Armed Services Committee's recent report on the NDAA, the following language called directly for more "aggressive" and "surgical" operations on the African continent: "Specifically, the committee believes that activities that utilize U.S. Special Operations Forces and an 'indirect approach' that leverages local and indigenous forces should be used more aggressively and surgically in Africa..."

Section 1203 of the Senate Armed Services Committee's NDAA echoes this approach, appropriating funding to train and equip security forces for counterterrorism purposes in Ethiopia, Kenya, Djibouti and countries participating in the African Union Mission in Somalia. While a recent article in the New York Times cited a failed attempt by the military's Special Operations Command to gain additional authority in places "like Kenya," it also noted that other programs – such as the Global Security Contingency Fund – already exist to support these operations. Most disturbingly, [a recent] Washington Post article on the subject revealed widening covert intelligence and targeted assassination operations in Africa, as well as deeply concerning reports of airstrikes, raids and drone use in Somalia specifically.

Though such initiatives are presented as being in the interest of U.S. national security, "aggressive" operations in Africa and elsewhere instead have a history of resulting in exacerbated instability, increased threat to civilian safety and further radicalization. Training and equipment programs have also been criticized in the past for lack of clear accountability and minimal evaluation of impact on related conflicts and communities. In light of these and other concerns, we urge you to reverse the trend of increasing focus on U.S. counterterrorism and military operations and assistance – an approach that could both pose an immediate danger and undermine long-term peace. Specifically, we ask that you:

Ultimately, we believe military operations and aid are the wrong tools to strengthen partnerships and support peace and development on the continent. While we advocate for an end to these military operations and related assistance, we urge you to take the steps above to immediately address this worrying trend. Rather than undermining African civilian efforts and its own related programs, U.S. policy should instead support the peace and stability that will best improve security in the long-term.