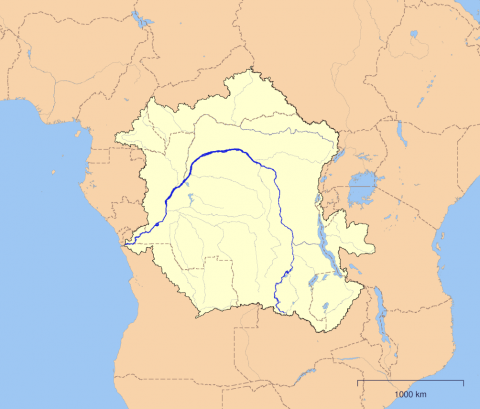 Alfonso Buzzo, who was an intern with the Maryknoll Office for Global Concerns in the spring of 2015, wrote the following article which appears in the July-August 2015 NewsNotes.

The essential role of infrastructure is being rediscovered worldwide as a key component of a comprehensive development strategy. However, in order to be sustainable and deliver real benefits to the communities and the environment directly affected, infrastructure projects need good governance, meaningful civil society participation, and real accountability.

In Africa, for example, there are growing concerns that mega-projects from the World Bank and other international financial institutions (IFIs) are mainly profit-oriented, prioritizing the interests of extractive industries over the needs of the people. Building pipelines and dams rather than schools, roads, and hospitals seems to be the underlying logic of these enterprises.

Africa is a continent with huge potential for solar, hydro, wind, and geothermal power, all scalable, renewable, energy options. However, IFIs like the World Bank and the African Development Bank are emphasizing massive projects that undermine current social and environmental safeguards; require outrageous, and constantly growing, sums of money for their completion; implement questionable private-public partnerships (PPP); and push the financialization of infrastructure even more. This distorts the nature of infrastructure, turning public services into assets.

One such project is taking place in the Democratic Republic of Congo, one of the world’s poorest and most politically volatile countries. The Grand Inga Hydropower Plant is a massive dam with a US$80 billion price tag that is part of a power grid envisioned by the international financial community to supposedly spur the continent’s development. Concerns are growing, however, that foreign companies will gain vast economic benefits from this mega-project, taking attention away from the development needs of Africa’s poor majority, especially food security, right to water, health, and education. Very little of the electricity generated by Grand Inga will provide for city- or village-level power to Congolese people. Moreover, huge environmental impacts are expected. Diverting the flow of the Congo River (shown in map) to create a reservoir would flood the Bundi Valley, affecting local agricultural lands and communities and natural environments, and potentially causing huge methane emissions that would contribute to global warming.

In East Africa, these mega infrastructure projects have multiplied as well. The Lamu Port-South Sudan Ethiopia Transport Corridor (LAPSSET) is a complex initiative that combines many elements: the development of a new port at Lamu, Kenya; an oil pipeline from Lamu to South Sudan; and road and railway links to the western part of Ethiopia. However, there has not been a proper community consultation process. Families displaced by the construction of the Lamu Port have yet to be compensated, and the Kenyan government has not taken into account the situation of marginalized communities, such as the Boni in Lamu.

According to Ekuru Aukot, Member of Parliament for Balambala in Garissa County, eastern-central Kenya, the issue of land and its management is central to the LAPSSET project. In his words, "There is no such thing as free land in pastoral nomadic communities. Land is owned communally [and] this ought to be the route to negotiation over LAPSSET." Consequently, there is a communitarian consensus that these issues should be addressed "before a camel and a bulldozer are facing each other."

Infrastructure is an important component of an overall sustainable development strategy. However, it is critical to discuss what kind of infrastructure is necessary, where it is best suited, and who is to benefit from it. Massive, capital-intensive infrastructure projects tend to ignore important realities such as poverty and income inequalities, as well as the need to promote sustainable development in light of Africa’s vulnerability to the impacts of climate change.

As the Heinrich Böll Foundation has concluded, "Large, long-term energy infrastructure investments in resource-dependent African countries with high levels of economic uncertainty and without a significant revenue collection base to cover expenses pose a real challenge." Using public resources to leverage private investment could create an enormous additional debt burden in these countries. The history of PPPs – particularly in Africa – has demonstrated that when private capital is injected into these projects, private investors seldom invest in reaching poor people with affordable services. The challenge of universal access is left to ill-funded governments to solve.