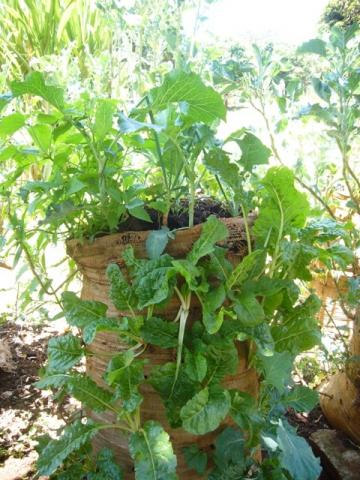 The Maryknoll Office for Global Concerns (MOGC), as a member of the U.S. Food Sovereignty Alliance (USFSA), announces the U.S. release of the 2013 edition of the Right to Food and Nutrition Watch. This sixth edition of the report, which had its international launch in Rome on October 8, identifies a number of policies that, rather than reduce, actually generate hunger and malnutrition. (Download the report here.)

The Watch presents national case studies and analysis that reveal

• policies that foster violence and discrimination against women with regard to equal access to natural resources, inheritances, equal wages and political decision-making;

• policies that systematically limit and exclude large groups, including peasants, agricultural workers, fisherfolk, pastoralists and indigenous peoples from participating in those decisions that affect their very livelihoods;

• policies on a global level that facilitate land grabbing, concentrated ownership of natural resources and the commodification of public goods that deprive smallholders and other people of their food resources.

"As a mission organization, Maryknoll has decades of experience with small-scale farmers, fisherfolk and pastoralists; we believe their voices should be heard and respected on a wider and deeper scale," said Kathy McNeely, program associate at the MOGC. “People with whom we work around the world -- in villages, in the campo, and in the green areas of large cities -- have the ability to solve their own problems when they are provided with the right resources.”

In addition, the USFSA will present the 2013 Food Sovereignty Prize award at a ceremony on October 15 in New York City. This year, top honors go to the Haitian Group of 4 (G4) and the South American Dessalines Brigade, an international peasant-to-peasant collaboration working to rebuild Haiti’s seed, soil and agricultural systems. Honorable mentions go to Tamil Nadu Women’s Collective of India; National Coordination of Peasant Organizations of Mali; and Basque Country Farmers’ Union of the Basque Country in Europe. These grassroots organizations offer vibrant alternatives to the food-supply-focused World Food Prize which this year will honor researchers from Syngenta and Monsanto, two of the largest companies that promote the perpetual use of often expensive agricultural inputs.

The MOGC, the National Family Farm Coalition, Rural Coalition, and the Institute for Agriculture and Trade Policy will gather at 6:30 pm on October 15, at 1100 15th Street, NW, 11th Floor, Washington, D.C. for food and drinks, followed by the webcast of the event in New York.