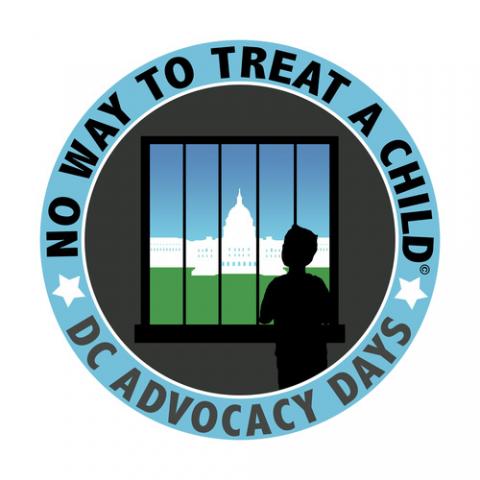 From June 1-3, the No Way to Treat a Child campaign, which is endorsed by a number of faith-based and human rights organizations, sponsored three days of advocacy focused on Palestinian children held in Israeli military detention.

Every year, more than 700 Palestinian children, some as young as 12, are taken from their families, brought to an undisclosed location, harshly interrogated and imprisoned by the Israeli military on the suspicion of throwing stones. According to UNICEF, the ill-treatment of Palestinian children, mostly boys, remains systematic and widespread within the Israeli military detention system.

In response to this critical issue around the treatment of children by the Israeli military (which receives the largest amount of U.S. foreign assistance), Rep. Betty McCollum (D-MN-4) has drafted a letter to Secretary of State John Kerry, and invites her fellow members of Congress to sign on. The letter urges the State Department to make the human rights of Palestinian children a priority in the U.S.’s bilateral relationship with Israel.

The letter to Sec. Kerry states:

In 2013 the United Nations Children’s Fund (UNICEF) issued a profoundly disturbing report entitled “Children in Israeli Military Detention: Observations and recommendations.” The report was in response to the estimated 7,000 Palestinian children, ages 12 to 17, from the Occupied West Bank who during the previous decade were subjected to arrest, detention, interrogation, and/or imprisonment by Israeli army, police, and security agents. UNICEF initiated their report in response to concerns regarding the cruel, inhuman, and degrading treatment and punishment of Palestinian children while in the Israeli military detention system.

Israel’s military detention system targeting children is an anomaly in the world. In fact, UNICEF states, “It is understood that in no other country are children systematically tried by juvenile military courts that, by definition, fall short of providing the necessary guarantees to ensure respect for their rights.”

Based on international law and treaties, the UNICEF report makes 38 recommendations for action by Israeli officials while offering the following conclusion: “The ill treatment of children who come in contact with the military detention system appears to be widespread, systemic and institutionalized throughout the process, from the moment of arrest until a child’s prosecution and eventual conviction and sentencing.”

The security interests of Israel are clearly a national security priority of the United States Congress and the American people. There could be no more clear demonstration of American commitment to Israel than the more than $3 billion of U.S. taxpayer funds which are invested annually to ensure the security of the Israeli people. However, respecting and defending the human rights of children, regardless of their ethnicity, race, religion, or nationality, is a fundamental American value, as well as a priority for all Americans, that cannot be ignored.

In 2014, Israel arrested a Palestinian-American child, a high school student from Tampa, Florida, who suffered physical violence and ill treatment while in an Israeli detention center. This incident highlights the fact that the state sponsored abuse of children cannot be tolerated and must be addressed.

Earlier this year UNICEF issued a follow-up report outlining areas where Israel has adapted, modified, or discussed changes to its system of military detention of Palestinian children. This is a positive step and a clear acknowledgement that legitimate human rights concerns exist. Progress to ensure Palestinian children’s rights are not abused is in the interest of the U.S., Israel, and the Palestinian people.

Secretary Kerry, we urge the Department of State to elevate the human rights of Palestinian children to a priority status in our bilateral relationship with the Government of Israel.

Your leadership to advance the rights of children is deeply appreciated.

Since 1967, Palestinian children in the Occupied Palestinian Territory have been living under Israeli military law and prosecuted in military courts.

In the West Bank, there are two separate legal systems operating in the same territory. The sole factor in determining which laws apply to a person is his or her nationality and ethnicity. …

Israel is the only country in the world that automatically prosecutes children in military courts that lack basic and fundamental fair trial guarantees. Since 2000, at least 8,000 Palestinian children have been arrested and prosecuted in an Israeli military detention system notorious for the systematic ill-treatment and torture of Palestinian children.

Around 500-700 Palestinian children are arrested, detained and prosecuted in the Israeli military court system each year.

The majority of Palestinian child detainees are charged with throwing stones, and three out of four experience physical violence during arrest, transfer or interrogation. No Israeli child comes into contact with the military court system.

The majority of children are detained from their West Bank homes during the middle of the night by heavily armed Israeli soldiers. Several hours after their arrest, children arrive at an interrogation and detention center alone, sleep deprived and often bruised and scared. Interrogations tend to be coercive, including a variety of verbal abuse, threats and physical violence that ultimately result in a confession.

Unlike Israeli children living in illegal settlements in the West Bank, Palestinian children are not accompanied by a parent and are generally interrogated without the benefit of legal advice, or being informed of their right to silence. They are overwhelmingly accused of throwing stones, an offense that can lead to a potential maximum sentence of 10 to 20 years depending on a child’s age.

In 2013, 199 children, on average, were being held in military detention every month, the highest average since 2010.

Post-arrest, a child’s initial appearance in the military court is usually when he first sees a lawyer and his family. Although many children maintain their innocence, most plead guilty because this is the quickest way out of a system that rarely grants bail.

Israeli military court judges, either active duty or reserve officers in the Israeli army, rarely exclude evidence obtained by coercion or torture, including confessions drafted in Hebrew, a language most Palestinian children do not understand.

In 23 percent of cases in 2013, children were either shown, or made to sign, documentation written in Hebrew, a language they do not understand.

After sentencing, nearly 60 percent of Palestinian child detainees are transferred from occupied territory to prisons inside Israel in violation of the Fourth Geneva Convention. The practical consequence of this is that many of them receive either limited or no family visits due to freedom of movement restrictions and the time it takes to issue a permit to visit the prisons.

International juvenile justice standards, which Israel has an obligation to implement after signing the UN Convention on the Rights of the Child in 1991, demand that children should only be deprived of their liberty as a measure of last resort.