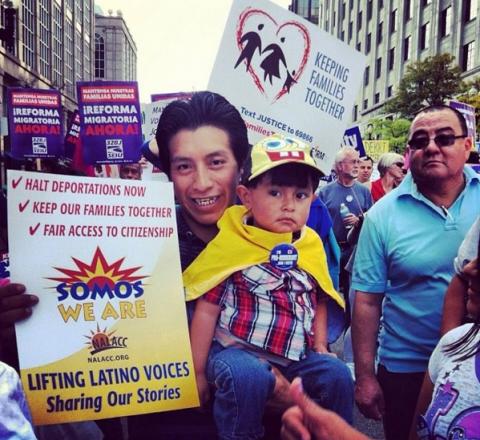 Alianza Americas, formerly NALACC, is calling on individuals, faith based communities, and organizations across the country to participate in an urgent call-in effort  urging on President Obama to turn away from raids intended to capture and deport children and families seeking refuge from violence and insecurity in Central America.

Reports surfaced last week about a purported plan at the Department of Homeland Security to carry out immigration raids early in 2016.

The targets of these raids are said to be Honduran, Guatemalan and Salvadoran children and adults who missed their deportation hearing and therefore were given deportation orders in absentia. These children and adults arrived to the U.S. in the context of a still unfolding humanitarian crisis affecting hundreds of thousands of people in these countries as a result of unprecedented levels of violence, insecurity and a systemic lack of opportunity for people to live dignified lives.