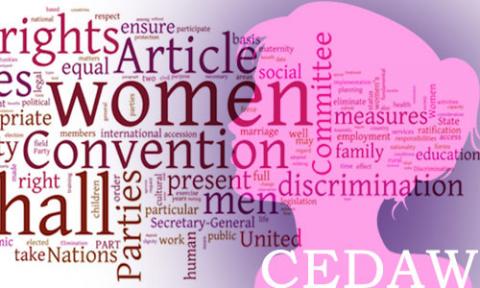 The following alert is circulated by GlobalSolutions.org.

The Women's Rights Treaty [the Convention of the Elimination of All Forms of Discrimination Against Women, also known as CEDAW] is a strong tool that the international community used to protect women and girls from violence, end injustices such as forced marriage and trafficking, and provide access to education and vocational training. Unfortunately, the United States is one of just seven nations that have yet to ratify the Treaty. As the only developed nation that has yet to do so, we're keeping company with nations like Somalia, Iran and Sudan.

There is reason to hope that this will change in the upcoming 113th Session of Congress thanks to the historic number of women elected to both the Senate and the House of Representatives. This is a truly historic moment, with the election reflecting the importance of women's issues and the desire of the U.S. public to make women's rights a priority. The U.S. Senate can seize on this momentum and stand up for women and girls worldwide.

Let's make it clear to our senators that we want them to make women's rights a key focus in the 113th Congress by finally ratifying the CEDAW.

Go to GlobalSolutions.org to sign the petition to the Senate.