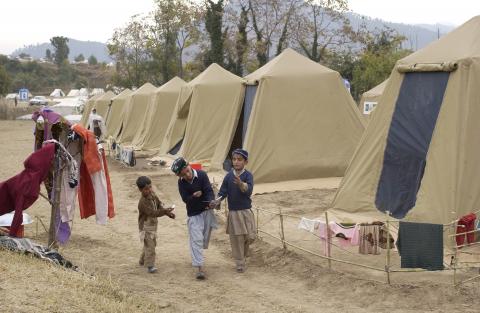 Each year before September 30, the president is required to consult with Congress about the number of refugees the Administration plans to admit in the upcoming year. Over the past four years the Trump administration has greatly shrunk the U.S. refugee program, decreasing planned annual refugee admissions from 110,000 for fiscal year 2017, under the previous Administration, to just 18,000 this year.

The United States has historically resettled more refugees annually than all the other countries in the world combined, welcoming an average of 95,000 refugees per year. Last year, for the first time, the United States was no longer the leader in refugee admissions. When the U.S. closes its doors, other wealthy nations follow its example, and refugees remain stuck in camps and dangerous situations around the world.

Refugees are our neighbors, colleagues, and fellow people of faith. In this time of crisis, over 300,000 of them have been working in front-line industries. Even in a pandemic, refugee admissions can be done safely and are a vital component of helping the world recover from the COVID-19 crisis.