Urge Congress to Protect the Amazon and Indigenous Peoples in Brazil 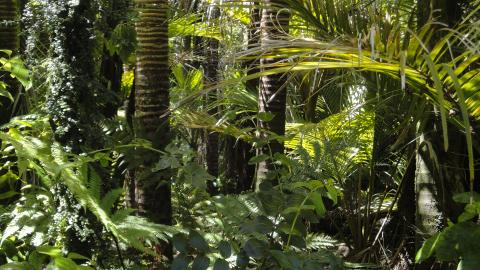 As we celebrate Indigenous Peoples' Day this week in the United States, the Synod on the Amazon begins its second of three weeks of meetings in Rome. Meanwhile, fires continue to rage in the Amazon in Brazil, threatening this vital ecosystem and the lives of indigenous peoples who live there.

Despite this, the Brazilian government has been resistant to international pressure to stop the fires. President Bolsonaro of Brazil has also attacked indigenous and Afro-Brazilian communities in the Amazon through rhetoric and policy.

Members of Congress have introduced two resolutions – one in the House and one in the Senate – that will help address these challenges in the Brazilian Amazon. Support the Synod and the Amazon by asking your representatives to co-sponsor these resolutions and put an end to the environmental degradation and human rights abuses in the Amazon.

First, click here to email your representative in the House to ask him or her to co-sponsor H.R. 594, which would help prevent further deforestation and condemn attacks on human rights in Brazil.

Second, click here to email your senators to ask them to co-sponsor S.R. 337, a bipartisan resolution that will pressure the Brazilian government to put out the fires and stop illegal deforestation.

Photo of the Amazon rainforest by rosinakaiser at Pixabay.