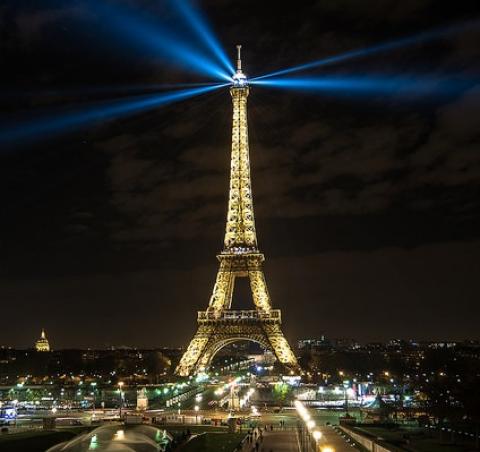 We are in Paris at the Climate Summit, working with faith and community organizers from nearly 200 countries, to make sure world leaders create a plan to solve the climate crisis. You can read our updates here.  We’ve come together at UN climate conferences before, but this year is different. We need a plan now, not tomorrow.
A successful global climate agreement can only happen if countries commit to financing.
A big part of financing the agreement is the Green Climate Fund.  So far, 38 countries have made pledges to the fund, which will help developing countries to adapt to the devastating impacts of climate change – sea level rise, extreme weather, and loss of crops and livelihoods. Let’s make sure the first allocation of the U.S. pledge made by President Obama is approved by Congress in the 2016 budget.
Click HERE to send a letter to Congress, asking them to support the Green Climate Fund.
Congress is set to vote this week on the final budget for 2016, including $500 million for the Green Climate Fund.  We joined 82 faith groups in sending a letter to Congress urging them to support the U.S. pledge to the fund.
Send a message to your members of Congress today.
The U.S. has pledged $3 billion by 2020. This year the Obama Administration is requesting $500 million of the total pledge. Let’s make sure the U.S. pledge turns into an actual contribution. This could mean real change in the lives of millions of people who live in climate vulnerable countries.
Thank you!
P.S. Click here to read the letter 83 faith groups, including Maryknoll, sent to Congress in support of the Green Climate Fund.
Photo: The Eiffel Tower in Paris on December 6, 2015, by Flicker user Yann Caradec
Issues:
Faith-Economy-Ecology
Climate change
Tags:
Path to Paris