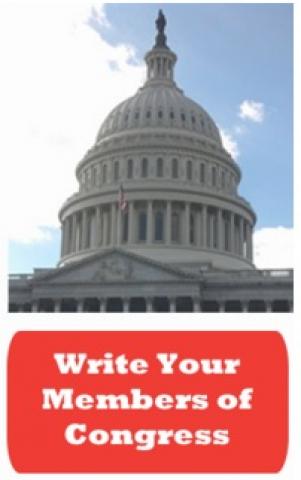 From our colleagues at the National Religious Campaign Against Torture (NRCAT).

On October 22, President Obama vetoed the FY 2016 National Defense Authorization Act (NDAA) over numerous provisions that were unacceptable to the White House. In the coming weeks, Congress and the president are likely to negotiate a new version of the NDAA. This impacts our work in two ways.

First, we need to make sure that Congress includes the McCain-Feinstein amendment banning CIA torture in the new NDAA. It was already part of the version that was vetoed.

Second, we need to improve the provisions of the NDAA that would unreasonably restrict transfers out of the prison at Guantanamo.

Now is the time to flood Congress with your emails. Ask them to keep the McCain-Feinstein amendment banning CIA torture in the final version of the NDAA. Congress also needs to hear that you support giving President Obama a clear path toward closing the prison at Guantanamo.

People of faith have persuaded this Congress to make enormous strides toward banning CIA torture forever.  This is the final step needed to pass the McCain-Feinstein amendment into law, so please contact your members of Congress now.