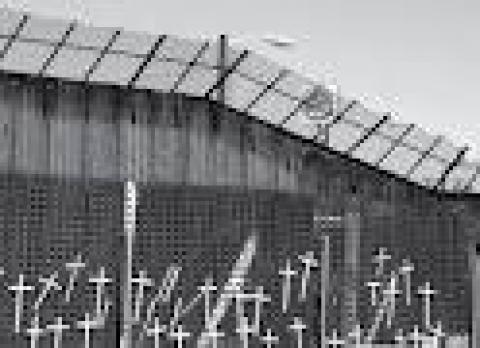 The following alert is circulated by the Latin America Working Group.

[T]reat [migrants] like human beings because they are not animals,”responded a nurse in Nogales, Arizona, when asked what she would say to the U.S. Border Patrol.

Last week, PBS aired part 2 of their investigation into allegations of abuse by the U.S. Border Patrol, including sexual assault, physical abuse, and even torture.   In response, Congresswoman Lucille Roybal-Allard (D-CA) remarked, “The PBS report paints an appalling picture of cruelty and corruption.”

You be the judge. WATCH PBS Need to Know: Crossing the Line Part 2

Temperatures in the Sonoran desert in southern Arizona rise well above 100, even 110 degrees, yet video footage shows U.S. Border Patrol agents pouring out jugs of water left out for thirsty migrants by humanitarian relief agencies. Later, a woman describes her sexual assault by Border Patrol officials and efforts to intimidate her into dropping this charge.

It is time for the Border Patrol – the nation’s largest law enforcement agency – to take complaints of systemic and widespread abuse seriously.   Click here to tell President Obama to stop Border Patrol Violence.

The first installment of this PBS investigation aired footage of Border Patrol agents brutally beating and repeatedly tasing a handcuffed Anastasio Hernandez Rojas. His death three days later was ruled a homicide by the San Diego Coroner, but no agents were ever indicted.

Finally, weeks after this footage aired, a federal grand jury was convened to investigate the incident and consider whether the evidence demands a criminal prosecution.

Reports of violence, abuse and corruption by the Border Patrol must be investigated – and changes made to prevent such violence from happening again.

Click here to tell President Obama to take immediate action to do what is within his power to stop Border Patrol violence.