Take action for refugees and immigrants 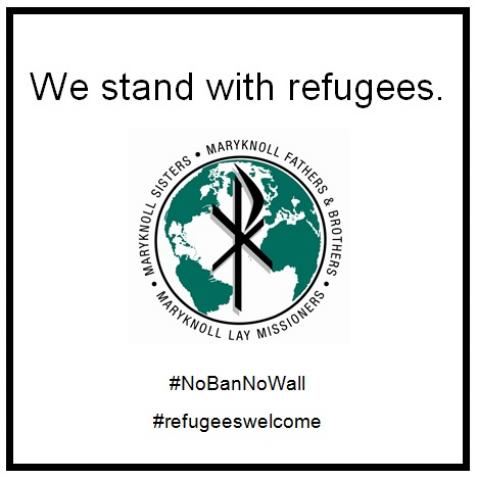 In response we sent a letter to President Trump and Congress and joined a demonstration at the White House in support of welcoming refugees and immigrants.

Take action: Stand up for refugees and Protect DACA youth

Now there has been national reporting about additional executive orders that may be issued very soon and could impact the refugee resettlement program (suspend resettlement of refugees from Syria and deny visas to refugees from predominantly Muslim countries).

Because these orders have the potential to harm millions of vulnerable people and separate families, the Justice for Immigrants Campaign, which is led by the U.S. Conference of Catholic Bishops and of which the Maryknoll Office for Global Concerns is a member, has issued a  a pre-emptive action alert directed at President Trump and your members of Congress.

Please raise your voice and stand in solidarity with our refugee and immigrant brothers and sisters!