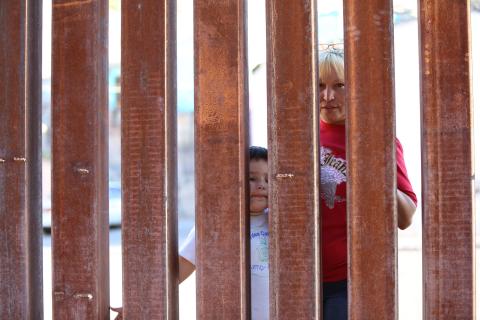 On May 15, President Trump announced that the closure of the U.S.-Mexico border, which began on March 20, will now continue indefinitely. The border closure denies asylum seekers their legal right to present their asylum claims to U.S. authorities. In addition, the Administration issued a proclamation on April 22 banning most immigrants from entering the United States.

Take action: From the Catholic Legal Immigration Network (CLINIC), founded by the U.S. Bishops, send a message to the president urging him to rescind this and other proclamations banning immigration.

Heidi Cerneka, a Maryknoll Lay Missioner working as an immigration attorney at the U.S.-Mexico border, describes how the decision to close the border is harming asylum seekers and border communities.The United Nations refugee agency has stated that public health concern during the pandemic is not sufficient reason to forego the legal obligation to hear asylum claims.

In addition, the U.S. Bishops Conference released a statement expressing concern that the April 22 proclamation banning immigration will only separate families and will not help the economy.

In these challenging times, may we stand by those who are most vulnerable, including immigrants and communities of color.