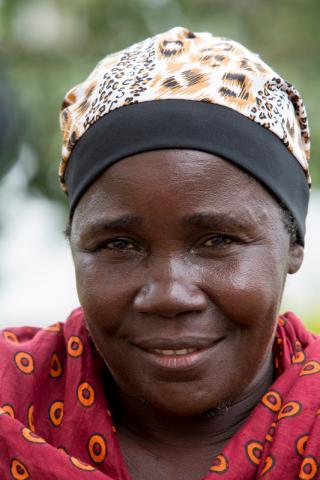 When President Obama launched the $8 billion New Alliance for Food Security and Nutrition at the Camp David G8 summit in 2012, he said this initiative would help smallholder farmers by encouraging public investment in agriculture.

That was the theory. But in practice, the New Alliance is hurting people living in poverty – driving them off the land they farm to feed themselves, while giving little or nothing in return. Anza Ramadhani (pictured) is one of them.

Sign our petition telling the Obama administration to end its support to the New Alliance.

This 51-year-old woman farmer is among the 1,300 people who will lose their land or homes if an agribusiness called EcoEnergy builds a sugarcane plantation on more than 20,000 hectares of land in Bagamoyo, Tanzania.

That’s an area of almost 80 square miles – bigger than Washington, D.C! And what’s happening to farmers like Anza in Bagamoyo is the first of many New Alliance projects planned across Africa.

Tell the Obama administration that we should be funding initiatives that help poor farmers in Africa, not ones that take away their land and livelihood!

People like Anza were not allowed to choose whether to leave their land. And they were denied crucial information about the impact of the project on their ability to make a living off the land and feed their families.

“We never had a chance to influence the decisions concerning our land and future,” Anza says. “There has been no transparency whatsoever. We don’t know if we will be resettled, where it will be or if we will be compensated.”

President Obama has a history of supporting constructive international programs that can reach women smallholder farmers with critical investments, but under pressure from the agribusiness lobby, he threw his weight behind the New Alliance.

That was a mistake. Anza’s story is one of many which reveal that, rather than helping, this initiative is forcing poor farmers off their land and further into poverty.