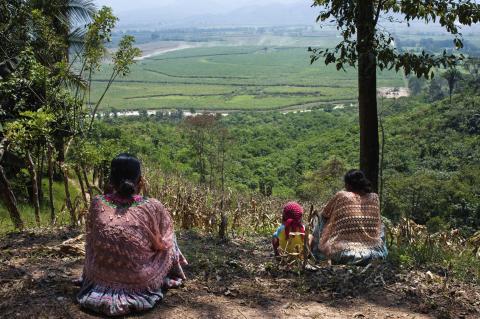 On the same day, three indigenous community leaders – members of an ActionAid partner organization which had also supported the case – were kidnapped. These ActionAid partners were released after 12 hours of being threatened with being burned alive.

Click here to sign the petition to demand an immediate investigation and protection for the human rights activists involved in the case.

Rigoberto was shot outside of a courthouse, and the ActionAid partners kidnapped, just one day after a court ordered the palm oil company to suspend operations due to a huge spill of waste from its processing plant. He had been among the first to report the spill.

The Guatemalan authorities must conduct a full and impartial investigation into his death – sign the petition now.

Next week, human rights defenders from Guatemalan will be in the U.S. for a hearing before the Inter-American Commission for Human Rights to demand justice for the loss of land and the harms caused to their communities by the massive expansion of oil palm plantations for use in processed foods and biofuels.

Please show your support and sign our petition to demand justice for Rigoberto.

Thanks for your support.