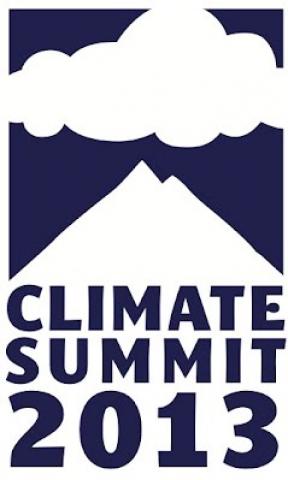 The following letter is being circulated by Franciscan Action Network and other U.S. Catholic organizations, urging President Obama to respond to the strong call for positive action on climate change. Read the letter and then use the link to add your name to the list of signatories.

Catholics in the U.S. join with our brothers and sisters across diverse faith traditions to call for greater care for God’s creation and to show love and concern for our neighbors. We stand with Pope Benedict in his 2007 statement: “Our Earth is talking to us and we must listen to it and decipher its message if we want to survive.” The earth’s message is clear. Extreme weather events such as superstorm Sandy have wreaked havoc on many communities in our country and across the world. More intense droughts across the world have harmed crop production, increased food prices, caused massive wildfires, and led to famine conditions for millions. Rising sea levels and more severe storms threaten coastal cities and island nations around the world in unprecedented ways.

We have a moral obligation to reduce fossil fuel consumption and to protect the world’s most vulnerable communities from the impacts of climate disruption. Pope Benedict, in his 2010 World Day of Peace Message, stated, “The ecological problem must be dealt with not only because of the chilling prospects of environmental degradation on the horizon; the real motivation must be the quest for authentic world-wide solidarity inspired by the values of charity, justice and the common good.”

The U.S. Catholic Church has also called for strong action on climate change. We are heartened by Bishop Stephen E. Blaire of Stockton, California, chairman of the USCCB Committee on Domestic Justice and Human Development, when he said: “We have seen the destructive impact of climate change and environmental degradation both around the world and at home.” The patron saint of ecology, St. Francis of Assisi, taught us that the created world speaks to us of God’s goodness and beauty. It is our faith stance to treat God’s wonderful creation with dignity.

We are encouraged, Mr. President, that you named climate change as a high priority for your second term. While people must take decisive actions at all levels, personal and community actions are not enough. We need national and global leadership and the American public needs to hear directly from you that climate disruption is a major threat. We urge you to host a solutions-focused national summit on climate change. With your leadership, a summit with representatives from diverse sectors will advance bold and collaborative solutions necessary to move the nation and world towards a sustainable future.