Say No to Annexation of the West Bank 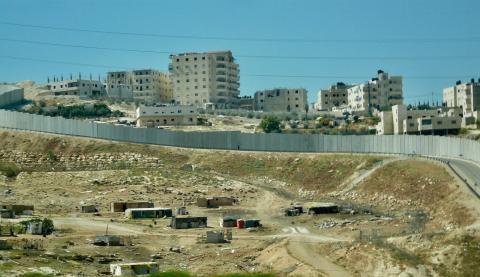 Take action to oppose the United States government's approval of Israeli annexation of portions of the West Bank.

This action alert is from Churches for Middle East Peace (CMEP), a coalition of which the Maryknoll Office for Global Concerns is a member.  Read our recent statement on Secretary Pompeo's words and how Congress should respond.

Last week Secretary of State Mike Pompeo said the decision to annex much of the West Bank was Israel’s to make. With the announcement of an emergency national unity government, bringing together Prime Minister Netanyahu and his former chief rival, Benny Gantz, Israel is likely to proceed with an annexation vote as early as July 1. Annexation would have a devastating impact on the ground for Palestinians - taking away any realistic opportunity for a Palestinian state and a just resolution to the conflict.

With such a short timeline, it is imperative members of Congress hear from their constituents who oppose annexation. Congress must act swiftly and take concrete legislative action to make clear the U.S. government will not fund or otherwise support annexation.

Annexation is wrong at any time, but it is particularly troubling that Palestinians are faced with such a threat during a global pandemic. If Congress fails to act now, the United States will bear a significant amount of responsibility for the continued disenfranchisement of Palestinian rights and for the continuation of the conflict. Instead of giving the greenlight to the confiscation of Palestinian land, the United States Government should help facilitate an end to the conflict that will result in full equality and human rights for Israelis and Palestinians.

We have just over two months to act before the likely annexation vote in the Israeli Knesset. Absent leadership from the Administration, Congress must send a decisive message that it will not support or stand by while Israel moves forward with annexation.

Time is of the essence: Tell Congress to support human rights and not annexation.

Photo, "Behind the Wall, " by sdobie, available on Flickr.