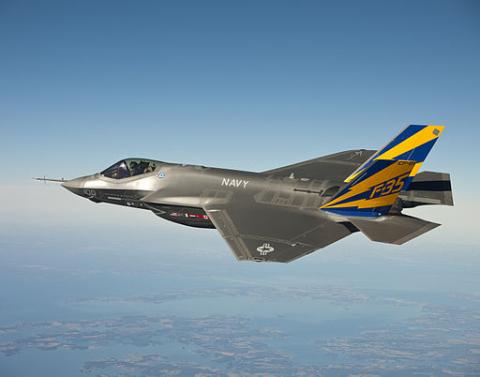 The following article was written by Jim Cason with the Friends Committee on National Legislation (FCNL, the Quakers).

The Pentagon is looking at ways to further reduce U.S. stockpiles of nuclear weapons and exploring at least at a theoretical level abandoning the doctrine that requires the U.S. to have the ability to launch nuclear weapons from land, sea and air. ...

"Reducing one of the legs of a triad would be something that would be really big. So it would be a reasonable option to look at," explained Madelyn Creedon, an Assistant Secretary of Defense. The triad is the nuclear doctrine that states the U.S. must have the ability to launch nuclear weapons from air, land and sea. Under Congressional pressure, Creedon acknowledged that such changes would require a revision of current U.S. nuclear weapons policy.

As the Washington Post [recently] reported, there's something very troubling about Congress trying to block the Pentagon from even considering ways of changing the U.S. nuclear weapons forces in a changing world. In addition to protesting the discussion of eliminating one leg of the triad, the House leadership now says it will hold back money to implement the new START treaty with Russia until the Obama administration states it will not seek additional reductions in deployed nuclear weapons without Congressional authorization.

Now of course the FCNL community has been calling for the total elimination of nuclear weapons for decades and that position has gained strong support within the broader faith community. But whether members of Congress support or oppose reducing the number of nuclear weapons in the U.S. arsenal, I would think Congressional leaders would want to encourage a broad debate that is already taking place within the U.S. military.

In the FCNL community, our opposition to nuclear weapons comes first from a faith perspective. We also share the belief -- now articulated by former Secretaries of State Henry Kissinger and George Shultz -- that eliminating the U.S. nuclear weapons program would be good public policy.

The United States is set to spend more than $600 billion over the next decade on nuclear weapons and related spending. You don't have to represent a Quaker peace lobby to argue that In this time of fiscal constraint and changing threats, it doesn't make sense to spend billions of dollars on weapons systems that are unnecessary.

The good news is that although some members of the House Armed Services Committee are trying to block any reductions in nuclear weapons expenditures, Rep. Ed Markey has introduced legislation -- HR 1506 -- that could lead to at least a $100 billion cut in spending on nuclear weapons over the next 10 years. Please ask your representative to support this legislation and work for its passage.

Urge your representative to support HR 1506, the Smarter Approach to Nuclear Expenditures (SANE) Act, which would cut at least a $100 billion from spending on nuclear weapons over the next 10 years. Find out if your representative has cosponsored this legislation. Then write her or him a letter urging support of this important bill or appreciation for signing on as a cosponsor.

HR 1506 would nearly halve the number of nuclear-armed submarines in the U.S. arsenal, cancel plans for the F-35 fighter jet and the $10 billion B61 nuclear bomb refurbishment project, stop construction of a uranium processing facility in Oak Ridge, TN to make materials for new nuclear weapons, and more.

The SANE Act would save money, cut back on outdated U.S. nuclear weapons, and make our country safer. Ask your representative to add his or her name as a supporter of this proposal today.