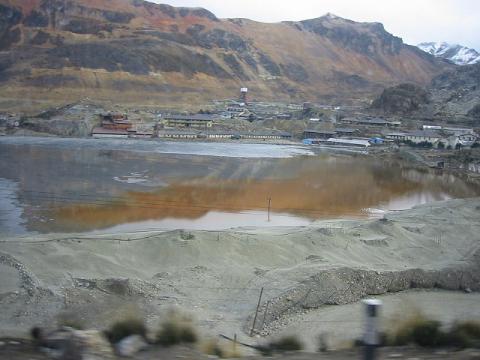 In countries where Maryknollers serve such as Peru, the Philippines, and Kenya, to oppose destructive mining practices becomes an issue of life and death. Communities not only face death threats with impunity, but they also never see the economic benefits of the projects.

We have a law to change this – Section 1504 of the 2010 Dodd-Frank Wall Street reforms require oil, gas and mining companies on U.S. stock exchanges to disclose their project profits, but the oil industry is holding this law hostage.

In 2012, the Securities and Exchange Commission (SEC) produced strong rules to implement the law. The American Petroleum Institute promptly sued them. The courts ruled they needed to clarify the rules. But the SEC bowed to industry pressure and remains silent.

In September, Cardinal Peter Turkson of the Pontifical Council for Justice and Peace said: “Mining, like many other industrial activities, has ecological and social consequences which go well beyond national borders and pass from one generation to the next.”

The Financial Services Committee of the U.S. House of Representatives is circulating a letter to be sent to SEC Secretary Mary Jo White, urging the SEC to ensure transparency in the extractive industries sector and end government corruption by reissuing strong rules.

Take action: Use this link to contact your member of Congress and request his/her signature on the letter to Secretary White.