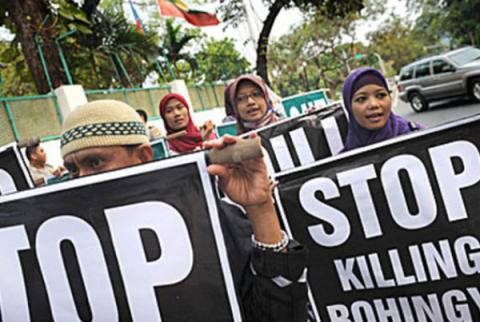 Deteriorating conditions have put Burma [Myanmar] on a downward trajectory that could end in the world’s next genocide without immediate action.

Hundreds have been killed with a death toll mounting daily, tens of thousands have fled under the most hazardous conditions, and 140,000 have been forced into horrible, overcrowded camps where they face severe restrictions and are denied basic necessities including lifesaving medical care.

Few are willing or able to stand up for the Rohingya and against these deadly government policies. But on March 25, members of the House Foreign Affairs Committee approved H.Res. 418: Urging the Government of Burma to end the persecution of the Rohingya people.

This critical legislation will go to the House floor for a final vote in a matter of days. Use this link to let your representative know that you stand with the Rohingya and demand that they do too.