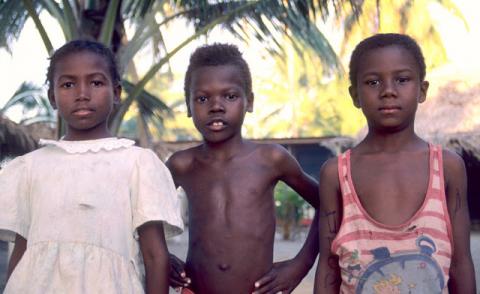 The following alert is from the Chicago Religious Leaders Network on Latin America (CRLN). Please respond by contacting the foreign policy staffer in Washington, D.C. office of your U.S. representative.

On Monday, January 7, U.S. Rep. Hank Johnson (D-GA) circulated a House sign-on “Dear Colleague” letter (found below), directed at Secretary of State Hillary Clinton and Attorney General Eric Holder, addressing ongoing human rights violations against Afro-indigenous communities in Honduras. It highlights the need for full accountability in the May 11, 2012 murders of four Afro-indigenous civilians in a violent U.S. drug raid gone wrong in Ahuas, Honduras. The letter also calls for “a review on the implementation of counternarcotics operations carried out by our government in Honduras.” The four initial signers – Johnson, John Conyers (D-MI), Gregory Meeks (D-NY), and Karen Bass (D-CA) – are in the Congressional Black Caucus.

Your help is needed to secure the signature of your U.S. representative on this letter. Please call the foreign policy aide in your representative’s D.C. office. Here is how:

Script: “My name is _____. I am a constituent in (town/city). I am calling to ask Rep. _____ to join in signing the Hank Johnson letter in support of Afro-indigenous human rights in Honduras. Has Rep.___ seen this letter? Can I count on him/her to sign on?  Please call me this week at (your phone number) to let me know if you have seen the letter, and if Rep._____ will sign it.”

In your phone conversation or email request, you might highlight why this letter is important to you, especially if you have travelled to Honduras or heard a Honduran speak in your community.

To sign on to the letter, the legislative staffer who handles foreign policy must call or email Sascha Thompson in Rep. Johnson's office to inform her. (225-1966)

If your representative agrees to sign on, please notify Gary Cozette (CRLN) at cozette@crln.org AND cozettelada@ameritech.net so we can confirm the signature against the lists we receive from Rep. Johnson. Rep Johnson’s office asks that you please not call it but rather Gary Cozette (773-350-3518) if you have questions or want to know if your representative has signed on.

Support the rights of Afro-indigenous communities in Honduras

Please join us in supporting the human rights of Afro-indigenous communities in Honduras by signing a letter to Secretary of State Hillary Clinton and Attorney General Eric Holder calling for the investigation of alleged abuses by Honduran security forces and the role of DEA forces in a May 11 incident that led to the tragic death of four indigenous villagers. The letter also expresses concern regarding reports of threats and repression targeting Afro-Honduran leaders and intimidation of Afro-descendent and indigenous communities defending their historical land rights.

In recent years, the rule of law has gravely deteriorated in Honduras as a result of a 2009 military coup d’état and a steady increase in drug-trafficking activities throughout the country. Afro-indigenous peoples, who are among the most impoverished and marginalized communities in Honduras, have been disproportionately affected by drug-related violence as well as targeted attacks allegedly perpetrated by Honduran police and military.

We are not merely distant observers of the human rights crisis in Honduras. Our government has worked closely with Honduran authorities to combat drug-trafficking in the region and trains, funds and equips Honduran security forces. Furthermore, armed DEA personnel have participated in controversial counter-narcotics missions that have resulted in fatal casualties, including the aforementioned May 11 incident in the northeastern Moskitia indigenous municipality of Ahuas. It is therefore incumbent upon the U.S. administration to ensure that all possible measures are taken to protect the basic rights of Honduras' most vulnerable communities.

Photo of Honduran children found on the Kwekudee blog