El Salvador: Take action for families of the disappeared 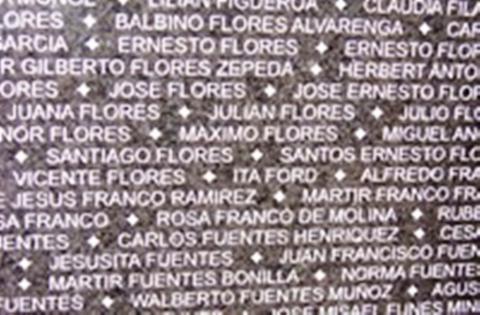 Momentum is building for the creation of a national Commission on the Disappeared in El Salvador.

We need your help.

More than 10,000 people disappeared during the civil war in El Salvador between 1979 and 1992. They were the victims of kidnapping by military forces associated with the Salvadoran government. Their children have not forgotten them.

Now, a group of Salvadoran Americans is trying to find out what happened to their parents who disappeared, and to physically locate their bones so that they can bury them. They are leading the "Our Parents' Bones Campaign" and they are asking for our help.

Click here to ask your members of the House of Representatives to add their names to letters Representative Jim McGovern and Representative Norma Torres have drafted to President Obama and President Sanchez Ceren of El Salvador to support the creation of a Salvadoran national Commission on the Disappeared.

The letters call for a national commission for investigation into forced disappearances in El Salvador, as well as the declassification of related documents in El Salvador and in the U.S.

You can read the letters on the website of the Our Parents’ Bones Campaign.

Photo: The name of Maryknoll Sister Ita Ford is engraved on the Memorial Wall in San Salvador, along with the names of 32,000 other civilians who were killed or disappeared during the civil war in El Salvador.