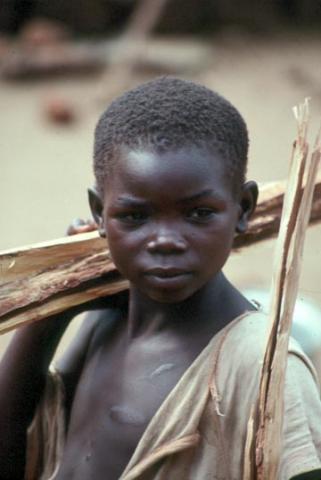 For years, the people of the Democratic Republic of Congo (DRC) have suffered economic instability, civil war and conflict, and continue to endure the constant presence of rebels in the eastern part of the country.

Recent documents leaked by the United Nations Organization Stabilization Mission in the Democratic Republic of the Congo and human rights groups reveal evidence which suggests that the government of Rwanda has been supporting and arming war criminals and mutineers in eastern Congo.

As senator, Barack Obama offered a bill (co-sponsored by then-Senator Hillary Clinton), the Democratic Republic of the Congo Relief, Security and Democracy Promotion Act, which:

Although the bill was signed into law by President Bush in 2006, very little has been done to implement or fund it.

The U.S. knows about the evidence of Rwanda’s involvement with rebels in the DRC, but at this point has chosen not to implement the DRC Relief, Security and Democracy Promotion Act even though the situation demands it.

The State Department released this statement on June 30: “The United States welcomes the release of the findings of the Group of Experts of the UN Security Council’s Democratic Republic of the Congo (DRC) Sanctions Committee. We are deeply concerned about the report’s findings that Rwanda is implicated in the provision of support to Congolese rebel groups, including mutinous elements now operating as the M23 armed group. Any such support threatens to further undermine security and fuel displacement in the region. We are also concerned about the report’s findings that the mutineers have forcibly recruited child soldiers.

“Consistent with the UN Security Council’s arms embargo, we have urged all parties to respond constructively to the Group of Experts’ findings and have asked Rwanda to halt and prevent the provision of such support from its territory. We have also urged the DRC and Rwanda to implement the principles of the joint Congolese-Rwandan communiqué issued following the June 19 meeting of the two countries’ foreign ministers in Kinshasa. Restraint and dialogue in the context of respect for each other’s sovereignty offer the best opportunity to resume the difficult work of bringing peace and security to the eastern DRC and the broader region.”

For more information on Rwanda’s involvement, read this report on the website of the Enough Project.

Action:
Sign this petition at Change.org which urges Secretary Clinton to take immediate steps to stop aid to Rwanda due to its support of rebels within the DRC:

The petition will also be sent to others within the State Department and to the U.S. Ambassador to the United Nations, Susan Rice.