Donate to Duvet Project for Afghanistan 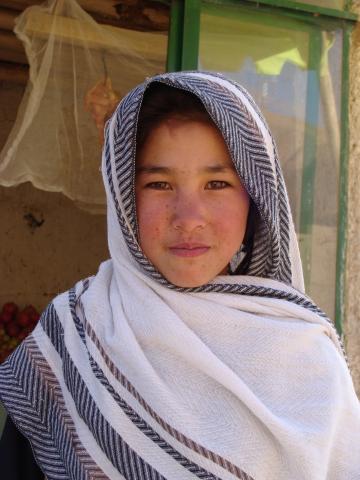 The following request/action suggestion comes from Voices for Creative Nonviolence. We are reprinting an article from Kathy Kelly, who has visited Afghanistan several times, including in October 2012:

… The United Nations notes that, in camps around Kabul, as many as 35,000 refugees from the fighting had only tents and mud huts to protect them from the cold. In those camps alone, 26 Afghan children froze to death this past winter, with nationwide casualties in triple digits. [Afghanistan endured its coldest January in 20 years in 2012.]

Among Afghanistan’s ongoing burdens of destitution and war, of course temperatures are now dropping again.

Photo of Afghan child from Voices for Creative Nonviolence

[In mid-October], I was with the Afghan Peace Volunteers in Kabul, listening to Afghan seamstresses pour out their thoughts about the impending winter and what they and their families will require in order to cope with it. Blankets to cover doorways; warm clothing; large, heavy coverlets called duvets.

“Every woman in Afghanistan knows how to make these items,” one woman, Faribah, assured me. “But it’s expensive.”

It was a meeting of the seamstress’ collective that the Afghan Peace Volunteers are working to set up in Kabul, helping struggling women earn a living outside the control of exploitative middlemen. The Volunteers’ Dr. Hakim and I suggested that the seamstresses could sidestep the markets and instead invite donors from abroad to help put a desperately needed warm coverlet, a duvet, into an impoverished family’s dwelling. Together we estimated that it would cost $20 to make each coverlet and also afford the seamstresses a modest income, $2 per duvet, $4 per day in return for their labor.

The process would also afford greater vibrancy to the Volunteers in their work to foster an inter-ethnic, internationally recognized Afghan peace movement, while allowing the women a much needed, if meager, degree of independence and dignity.

The women’s responses were both eager and practical. Over the next several days, a steady buzz of voices accompanied the whirr of hand-operated sewing machines: The Duvet Project was taking shape.

The day before I left Kabul, the women met to finalize plans. They agreed that young Afghan Peace Volunteers will help make, store and distribute the duvets as gifts to needy people. “We will accept less than what the market would pay us,” Faribah said, her voice rising with assurance. “If it is to help the people, this is something we all want to do!”

From past experience of displacement, several of the women understand the misery and hardship faced by families living in abandoned lots and constructing makeshift dwellings from mud, poles, plywood, plastic sheeting and cardboard. These tents and shacks offer little protection from the bitter cold winter weather. Amnesty International’s 2012 report, Fleeing war, finding misery, describes the plight of displaced families that have fled their homes or villages because of conflict. “Those who are displaced must deal with the daunting challenges of finding new homes and providing for themselves and their families at the same time that they are struggling to cope with trauma induced by the events that led them to flee.” They face “unrelenting misery,” the report states, living in close, unhygienic quarters, sleeping without bedding under torn plastic sheeting, and having scarce access to water.

With an estimated 400 Afghan people displaced every day by a U.S.-initiated war, the desire for warm blankets and warm clothing will certainly be greater than the supply

Faribah tried to help us understand the barriers that she and other women seamstresses face in fending for their families. Like most of the women sitting in a circle on the floor, Faribah had not been allowed to leave her house before she began coming to the seamstress workshop.

“Kathy, I know that in your country it is very different,” Faribah said. “People have freedom of movement and it is not difficult to move in the streets. We have feelings and sentiments and we all want to be free, to have dignity, whether male or female, but our society does not permit us to be free not only because of social traditions but also because of war. Kabul has become a frightening place. It’s natural for our families not to trust that we can go out. There are strangers in the city, including foreigners from neighboring countries. We cannot trust anyone, even our own people, who are poor and we need money and will do anything to get money, - and ladies especially have been confined to their homes, partially to protect them from harm outside. That makes it difficult for us because we do want to provide for our families.”

It is a sign of desperation that families have allowed the women to gather each morning at the Afghan Peace Volunteer home to try to eke out a living. Several of the participants had already told me that they felt like they were losing their minds, “going mad,” or becoming mentally unstable from the crushing knowledge that they could not adequately feed their families, that with rising costs even a diet of bread was escaping from their families’ grasp.

The Afghan Peace Volunteers persist in their call for a UN-mediated ceasefire between all warring parties in Afghanistan, whether operating from inside or outside the war-torn, and mineral-rich, nation, and are calling on internationals to help them build toward International Human Rights Day December 10, as part of their 2 Million Friends campaign.

… [If] we look past the distractions, we can remember that there are always ways to act for peace, even in strangled political climates such as that under which the Afghan Peace Volunteers are working. They hope to build options for impoverished people when they cannot work directly to bring justice to all Afghans. We will continue supporting them in their ceasefire campaign, and we have hope that Afghans and internationals will be eager to help fellow human beings live with dignity.

For ways to connect with our work, and that of the Volunteers, please contact Voices for Creative Nonviolence.